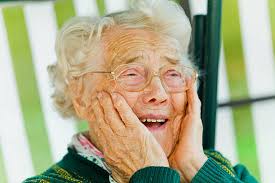 But first a joke:

A: Have another 80-year-old lady yell Bingo

All kidding aside, I did it today. I’m a bad man.

When I first moved up here in August I made it a point to get to know as many people in town as I could. It’s a nice community and I didn’t want to be the “new guy” that people stared at for long (in a town this small it could take years). In addition, I needed money so I put it out there to the few that I met that I was available for small jobs. In an aging community such as this, I was sure that I would be utilized. One woman, in particular, was excited at the prospect of some help and invited me over to show me some projects she wanted to be done. She was a sweet lady in her early 80’s, very fit for her age with an 1800’s era farmhouse that was clearly in need of major repairs. She offered me some work in her enormous yard, all manageable stuff, and left it with me that she would call when she was ready for me. She never called.

I saw her at the Community Club meeting in December and I asked her, nicely, why she never called me. She had seemed so eager after all. She dodged the question and I let it go. I would find out later that she is very poor and probably is unable to pay me. We never actually discussed money, but I know that I would be reasonable with her. Anything helps after all. I decided that I would say something to her.

As the meeting wound down and everyone was putting on their coats, I approached her and said “We never actually talked about money, but I assure you it’s not a big deal to me. If you need something just call me I’ll be happy to help.” She looked as though someone had removed 200 pounds from her shoulders, the elephant in the room had left. She thanked me and went home.

She called me Saturday morning. She asked me if I would help her remove some snow from her roof. It was an understandable request, she certainly has at least a foot of it on her house and her roof is old. I told her I would be over to take a look at it Sunday at 11. I went over and when she showed me I wanted to say no. I’m in the middle of a disability claim and falling off a roof would certainly be inadvisable. It looked brutally difficult and time-consuming and I wasn’t sure if I was up to it. We talked for a while and in the course of the conversation, and she wasn’t trying to do this, she painted a picture of how alone she was, how overwhelmed with the maintenance of the old house, and how she was struggling with this brutal winter. I immediately knew that I would help her. As the conversation wound down on its own momentum, I said “I’ll be here Tuesday at 10. It won’t rain between now and then you’ll be fine.” She was so very happy.

I wasn’t. I was dreading it. It would be hard, treacherous work. But the weather would at least be warm.

I showed up this morning dressed in my best waterproof gear. Boots, snow pants, gloves, shovel and snow rake and I was ready to go. I trudged around the back of the house through unbroken snow (harder than it looks), climbed the ladder and immediately knew I had made an enormous mistake. There was more snow than on Keith Richards’ coffee table. But I went to it.

It was brutal work, it was warm enough that my feet went right down to the slippery surface. I almost fell off the roof twice. I had to move all of the snow to the front of the house because the back side was weak and I may fall through. 3 hours later I had managed, after frequent breaks to suck wind, to shovel all of it to the front side of the house. I was exhausted. I slid, no joke, to the ladder on my back and headed down. Once I trudged to the front of the house I realized I had completely filled in her shoveled walkway with the snow from the roof. 45 minutes later that was done. And so was I.

Exhausted, I went into her open barn and sat down on a lawn chair. A few minutes later she pulled in to the driveway and came in the barn. She was pleased with the work and could see that I was wiped out.

I looked up and said, “You owe me nothing.”

She was flustered, insistent that I simply couldn’t do that. I told her I wouldn’t take her money. She started to cry.

I explained to her that I was going for a different reaction. I wanted her to be happy. To have one less thing to worry about. She was so truly grateful I almost got emotional. I knew that I wasn’t going to accept any money from her that previous Sunday. I surmised that she would have to pay a snow removal service hundreds of dollars she didn’t have if I said no. Now that I was done, alive, vertebrae intact and out of cardiac arrest danger, it felt right.

“I have to do something for you, at some point,” she said, more composed. I told her I lost my hat. If it blows off the roof in the spring let me know.

You don’t give to get. You give for the sake of giving. Today I was able to make an old lady cry. And dammit, I’ll do it again. ‘Cause I’m a jerk like that. 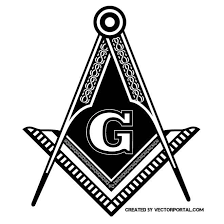 6 thoughts on “How to make an old lady cry”