I’m not a recognized critic and I don’t have the clout to stimulate a following but I can’t tell you enough how much I like enjoyed this post by BloggingwithBojana.com

via ODE TO WISDOM, Waltz No. 1

Do you have to be old to be wise?

Can you be young and wise?

Can Wisdom only be gained from experience?

Bojana takes a fresh look at a timeless topic. Please check it out. 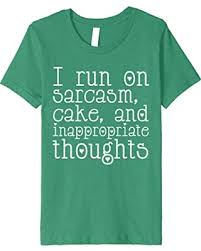 I’m not a conventional person. In fact, I go significantly far out of my way not to be. I always joke that I don’t think before I speak, I prefer to be as shocked as everyone else by what I will say. When someone says “I think I know you” it’s not uncommon for me to reply:

Most people can handle it, I’m big enough to avoid problems if they can’t. Sarcasm is a wonderful thing but it can be lost on the weak-minded. More than one person has walked away from me shaking their head in confusion or disbelief. It’s harmless fun for me, I amuse myself while exposing the lack of sense of humor in others.

Today I volunteered at the local food pantry. I committed to the director when I moved here that I would do it every week for at least the winter and as often as I could the rest of the year. I am one of the only volunteers that work every week, the other volunteers have schedules like the 2nd and 4th week etc. Long story short, I meet new volunteers every week. Nice people, all townsfolk, all of them knew my father. Today I was with 4 complete strangers, and I was the only male. One of the nice ladies said, “you look familiar”. Without hesitation, I replied,

“you probably saw me on America’s Most Wanted.” She wanted to laugh, but couldn’t. Until another woman, who apparently knew who I was said to her

Sarcasm, tough love, finding humor in inappropriate situations, it’s a long family legacy that I embrace. I come from a long line of smartasses and it’s a proud tradition. We’re also a rugged bunch. We don’t grieve for long. We adapt to whatever happens. We can take a hit, get up and wipe the blood from our chins and move on to the next fight. My wife, on the other hand, is not at all like this, nor is her family. When we had children I knew that our parenting styles would be a constant source of disagreement. Fortunately, we found balance.

My sarcasm and inappropriate sense of humor would prove to be a dominant family trait. Despite my wife’s best efforts to suppress it, my children have warped senses of humor and are hopeless wiseasses. It really infuriates my wife. When my oldest daughter was in third grade her teacher said to her “Oh, I see you speak sarcasm young lady.” My daughter replied

Her teacher was not amused, based on the hot stare she gave us at the parent-teacher conference. My wife gave me the hairy eyeball.

My oldest son had a parent-teacher conference soon after. The teacher remarked that when she would tell a joke that was of a more adult nature in class, only my son would be snickering in the back row. She wanted to know what kind of household we were providing for our children. I immediately shot back, asking her what kind of jokes she was telling in class. Once again my wife gave me the hairy eyeball.

It wasn’t as if our children were raised at an Eddie Murphy concert. It was just our way of preparing them for the world. I believed in taking away the stigma of things by talking about them instead of sheltering them from it. I would make concessions to my wife and make sure to emphasize caution and be ready for the worst in people but at the end of the day, they knew what the world was even if it was through bad jokes.

One incident comes to mind, because I will never live it down, was when my youngest daughter (# 4) was 7 years old. We lived in a massive apartment complex and my wife and I was outside talking to a new resident. A very reserved woman with an obnoxious little dog. We were being neighborly, making small talk when my youngest ran up and said “Dad, can I go to the playground and meet Cassie?” The playground was well beyond our sight but she was a trustworthy kid so I said’

“Hold out for the big Snickers” she replied.

I looked over and my wife was livid. Our new friend’s jaw was on the ground. I said, “Say what you want, she gets it.”

There are so many more examples but I won’t bore you. The point is that my kids have grown to be self-sufficient and strong people. And they are good citizens with solid values. They had the misfortune of seeing their parents struggle with money, go through a foreclosure and a bankruptcy, and their father seriously ill. But they learned from it and they make me so proud. I will help them with anything, but they don’t need it.

The other night a friend of mine asked me how my oldest was doing. I told him how well things were going for her. Graduated top of her class, new job, boyfriend and a new puppy… He cut me off. “Boyfriend?” What’s that like for him? I can’t imagine how scared he is of you.”

“You would think”, I replied, “but if he fucks up he should be more scared of her.” She is strong and tough and doesn’t need me unless her car breaks down. That’s how I want her to be. That’s how she was raised.

Last night she called while walking her dog. She had been fighting with her boyfriend lately so I asked her how they are getting along. She explained that it was fine, she wasn’t happy with how he’s acting but she’s being grown up about it. She told me if need be she’d take her puppy and move back in with her Grandmother. I told her that I was proud of her, that she didn’t turn out like the Disney Princesses she grew up with, helpless damsels waiting for a man on a horse to rescue her. Her reply was priceless.

“Nope, I’d tell him to get the hell off of my new horse.”

God, I love her. Even if she is just like me.