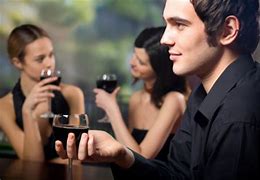 I was once at a black tie event. As I stood nursing a Scotch a coworker gave me a gentle nudge and she pointed to a man that I did not know.
“See?”, she said. “Look at how he looks at her? It’s like she’s the only one in the room.”
Once she pointed it out it was hard not to notice. In a sea of people, laughing and joking, Tracy’s husband was fixated on her. Every hair toss, every sip of champagne, every polite laugh and smile…he hung on it. Without saying a word, he told the entire room that she was his entire world.

I know the look. As a dedicated and professional people watcher I look for such things. It’s strictly voyeuristic you see. Noone had ever captured my fancy to such a degree. I have always craved someone that would stand out in a crowded room. Not because they are the most interesting and beautiful person in the room, just because they are to me. I never thought that guy would ever be me. Until now.

“I love the way you look at me,” she said. She didn’t elaborate. She didn’t have to, I knew exactly what she meant. I looked at her like she was the best thing to happen to me. I looked at her as if she was the only thing that mattered. I looked at her as if she was the only one in the room when in fact we were in a crowded room. It was strange and wonderfully refreshing to be the one doing it for a change, as I had resigned myself to forever be the one watching another do it. Finally, it was my turn.
I pulled her close, reveling in the surreal moment. Is it luck? Or do I dare say that I deserve her? I don’t know. Just as our relationship lacks labels, it also defies explanation. Just as I can’t explain all of the natural phenomena that go into creating a brilliant sunset on a summer evening, I don’t have to in order to enjoy it.
I can’t explain you. I can’t explain us. I’m just grateful that I have finally experienced looking across a crowded room in pure adulation, wishing I was with you but secure in the knowledge that you will be leaving with me.
They can stare all they want. You’re with me baby.

We’ve all heard it. “The heart wants what the heart wants”. Never has a truer and more powerful statement been made.

If you read me you know that I met a girl. It might not sound like a big deal to the average person but I don’t meet a lot of women. Mostly due to the fact that I had very low esteem after my tumultuous marriage and subsequent divorce from which I emerged beat down and with little confidence and less desire.

It’s hard to explain the powerful feelings that overcame me when I first saw Lisa. It felt urgent, I just had to meet her. It was surreal how powerfully I was drawn to her. Her smile melted my toes and her voice became etched in my brain. I suppose the word smitten comes to mind.
So I made a move.
In order to not get her in trouble at work I slipped her a note, the plan being that I would make sure I was in her lane (she is a pharmacy tech) and slip it to her when noone was looking. And that is where it gets tricky. As I handed the card to her I noticed the wedding ring for the first time. I tried to pull it back but she wanted it. She opened it. She texted me later. We talked. We laughed.
I proceeded against my better judgment and moral code, as did she. Knowing that it may not end well we began a relationship that may possibly have been doomed from the beginning but we both want to see where it goes. As luck, good or bad depending on your vantage point, we now have very powerful feelings for each other and there is no turning back.
The heart wants what it wants.

I am very conflicted. My morals kept me from cheating throughout the entire course of my marriage despite being very unhappy. I never touched a woman, especially one in a relationship because it isn’t fair to the man. Yet here I am. There’s no fault to attribute to anyone. I should have checked to see if she was married before I made a move and she had admitted that she didn’t help the situation by accepting the note when she knew that it would only open a can of worms. Despite them being extremely unhappy, her husband is a misogynistic brute who treats her terribly, I know that it doesn’t make it right. But I’m addicted. And she is to me. The chemistry we share is beyond words.

We try to behave when together, to keep this realistic but we can’t keep our hands off of each other. Despite the tractor beam that is our attraction, we also have so much in common. Long, deep conversations have revealed so many things in common from movies to music to pet peeves and hopes for the future. As for the true test, yes we can also sit in absolute silence and not need to say anything at all.

Now we face the ultimate challenge. She has made concrete steps towards leaving her husband. She has told him how she feels and is trying to plan where to go and what to do should she move out. In this area I’m not the best fit for her. I don’t have my own place and I can’t support her financially. Is love going to be enough? But I would do anything to be with her. She is what I have been looking for the longest time and I really can’t imagine my life without her already.

I wish hope and desire equaled good results. I want her. I need her. I hope that I deserve her. I really think that I do.

This is crazy and ill-advised but it feels so right. 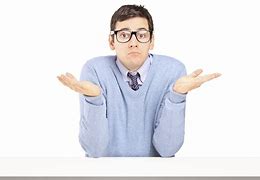 When I first got married my wife and I had a few hobbies. With no kids and a few pets we spent a good deal of time (and money) on tropical fish. It was a fun hobby, we had 3 tanks. A 20 gallon in the bedroom, a 44 pentangular in the dining room and a 55 gallon in the living room which was reserved for aggressive tropicals such as the Oscar or the Red Devil. That tank was beautiful.
And expensive. Not just the equipment, the fish also.
It sucked when they died.

My wife and I had a running joke. Don’t ever say “gee, the tanks are doing well. We haven’t lost a fish in a while”. Whenever we did we found a floater the next day. Not one to believe in jinxes, it was there just the same.
Apparently, it applies to hospital visits also.

2 weeks ago I remarked proudly to my girl that I haven’t been hospitalized in 2 years. This is significant because dialysis patients typically get hospitalized at least once a year and I was happy that I was an exception to the rule. The next day I went to the ER.

I hadn’t felt well for a while. My energy was way down, my stomach was doing backflips and I was fatigued way beyond the usual. I feared that I had passed the wonderful phase (the whole time I’ve been on dialysis) of feeling good despite the thrice weekly beat down on my body. I was preparing myself for the possibility that I was finally at the stage where I had to resign myself to feeling lousy all the time. But that night was excessive. After barely being able to climb my stairs I went to get checked out.
4 hours later I was being transported by ambulance to another hospital. I had excessive fluid in my lungs and a fairly large sac of fluid around my heart. I was there for a week.

The good news is that they were able to get some of the fluid. The bad news is that to get all of it they would have to stick a needle into my heart and drain it. A very risky surgery. So I have to live with it. As for the stomach, I was diagnosed with a bacterial infection which is very treatable by antibiotics.

I feel great today but it’s been a hard road back. I’m pushing myself everyday to be active and try to regain some of that strength and energy. I think I have my mojo, finally, and I’m going to run with it.

One lesson from this is that regardless of whether I believe in jinxes or not, I am going to be very careful what I say it loud.

Then again, that’s good advice for anyone isn’t it?