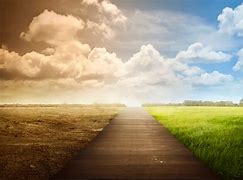 “Have you ever thought of harming yourself?”
My favorite question of the Hospital admitting process by far. In the many times that I have been asked this, especially lately, I have answered with a knee-jerk and resounding “no”. Thursday, before I could stop myself I said yes.
My first reaction was to try to backpedal, but then I said Fuck it and went with it. Let’s face it, as little interest I had in talking to a hospital therapist or clergy, I hated the thoughts I had been having more.
The Social Worker entered my glass enclosed room mere moments after I said it and began asking me a million questions. I was guarded and tentative at first about answering. I wasn’t raised in a “talk about your feelings” type of household. I could better describe it as a “suck it up Buttercup” environment. Courtesy prevailed, however, and I endured. Apparently, my answers failed to raise any major red flags with her and after a declined offer of clergy or further discussion she left without incident. I closed my eyes and braced for the next shoe to drop.
“Hopeless”, the nurse exclaimed.
I opened my eyes. “What?”
“Sorry”, he said. “I couldn’t help but overhear.”
“I’m listening”, I said.
“You don’t want to end your life, you are just failing to find things that make you want to keep going.”
Wow, holy crap and WTF. He nailed it. We talked about it until he had to move on to his next patient.

I have NEVER been a suicide-minded person. I have also never considered myself a “happy” person I have perpetually danced on the edge of happiness and what I lack in joy I make up for in positivity and perseverance. I have never hated life and I have a huge problem with the selfish nature of suicide. I believe that if somebody doesn’t want to go on they don’t have to, but I also believe that it doesn’t end the pain, it only passes it on to the living.
But those dark thoughts have been creeping closer lately. The days are shorter. The sunlight is being coy. It’s cold. I’ve been in constant pain and sick more frequently. I live in a touristy area and it is the wrong season. I’ve spent many 3 AM’s sitting on the side of my bed, head in hands, looking for reasons to go on.
I’ve been in a bad place and couldn’t get out of my own head. I’d forgotten about hope.

I need to figure out how that happened and make sure it never does again. Did I just forget that I have children who love me? Friends that want me around? The good times yet to be had? The amazing and beautiful woman that has come into my life when I believed I would be alone forever? The gorgeous sceneries yet beheld behind the bars of my new Harley? Most important, have I forgotten that even if I’m not needed as badly as I, and all fathers I suppose, once was does it mean that I am not wanted around? All of these things are contingent on looking forward to tomorrow with a fresh and hopeful outlook.

I don’t know what happened to all of these things but I’m going to spend this current visit working on that list of things that await me when I get home.

I have NEVER projected hopelessness before and I don’t plan on doing it again. Hope springs eternal, pain is temporary, life is precious and death is permanent. I’m so glad that I had the opportunity to refresh my outlook before it was too late.

Suck it up, Buttercup. You’re better than this.

16 thoughts on “the dynamics of hope”