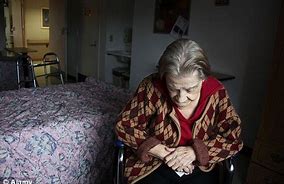 We weren’t close. I’m sad to admit it. But she’s family.

My father has 2 sisters, Margie and Ellie. Margie had 6 kids and survived an abusive sonofabitch of a husband. He died and she met a man who would make up for all of the abuse and more. Sonny. He did everything right by her until he died ten years ago. Margie recently became unable to care for herself and she was forced to move to a nursing home.

Ellie was a far less accomplished woman. To be honest, she led a unaccomplished life. Born with Epilepsy she, by all accounts, used her illness as a crutch. She barely graduated from High School. She never worked a day in her life. She lived with my Grandfather and cared for him (he was sick with Emphysema from my earliest memory) until his death in 1983.

I worked at the local Supermarket through High School. Ellie and my grandfather lived on “the Pond”, a section of town named after an actual Pond, Martin’s Pond, a huge area of town notorious for lower income but hearty families. Many of my friends lived there, “Ponderonians” as it were. My kind of people. The entrance to “the Pond” was a street off of the main road that started as a long and steep hill. Ellie and Gramps lived on the very bottom where it flattened out. Gramps had a view of the water on one end of the house and the street on the other. Confined to an oxygen tank, he inexplicably chose the street view and sat in the window year round. He was notorious for his omnipresent face in the window. Ellie’s notoriety was to be seen slowly plugging up the hill with her obvious (and unexplained) limp as she pulled her makeshift shopping cart with her. She spoke and dressed poorly. She was the focus of a good bit of mockery among my Supermarket colleagues. Kids can be cruel and it wasn’t until they learned that she was my Aunt that they let up a bit, in my presence at least.I’d like to think that I wasn’t ashamed of her but I think I was. In the back of my head, however, I always reminded myself that she was family and you never turn your back on family.

It was easy to underestimate Ellie. She was an unremarkable person. My father didn’t care for her, his own sister. He had no respect for her. He thought that she could have done so much more and he believed that she hid behind her illness. According to my cousin Mike, who I am the closest to, her Epilepsy wasn’t a constant nuisance to her, her episodes were few and far between and there was no reason she couldn’t have worked, or volunteered or done something other than sit and watch soap opera’s.

I lost touch with her for a lot of years. We reconnected a little last year at the Nursing home. She ended up in the same facility as Margie. Margie is lucid and strong, Ellie has dementia. Catching up was not to be with her, she was on a loop in which she asked me the same questions every ten minutes. She was cheerful at least.

My relationship with Ellie wasn’t complex. But it has been a secret source of shame for me for many years. I could have been nicer to her, I could have kept touch with her. She was always nice to me.

It’s too late now. She and Margie contracted the CoronaVirus last week along with 59 other patients in the home. Margie is hanging on.