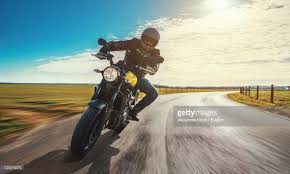 Hopefully you read my last installment and you are hanging on like I did when I was 13 reading Penthouse forum. Unlike those stories, this actually happened. Tune in here for part 1. Here is where I left off

I had just been propositioned by a beautiful, sensuous and did I mention older (?) woman at work. Up until this point I thought that we were only playing around. Surely a woman ten years my senior is out of my league. It’s akin to a dog chasing a car…what would he do if he caught it? Slowly realizing that this was for real I kicked the remaining vendors the hell off of my dock for lunch. One vendor saw the exchange between us and gave me a coy smile as he left. I locked up, punched out and headed for the Leggs van, or as I have forever known it as, the original “shaggin’ wagon”.

It was running. As I approached the window I saw that the driver’s seat was empty. I looked in and a voice called out

I went to the back of the van, opened the panel doors and she motioned for me to hop in. After what seemed like seconds of small talk, she began tearing my clothes off. Nothing, I repeat nothing like this had ever happened to me in my life. I immediately knew that every sexual experience I had had up to this point was with girls. I was now with a woman. She truly rocked me to my foundation that afternoon. When it was over, she nonchalantly got dressed and informed that she had to finish her route. I checked my body for skid-marks,  put out a couple of small fires, got dressed and went back to work.

As I walked back to the market I asked myself, was I just used for sex? My brain responded immediately with a profound “what’s your point? Go with it!”

For the remainder of the afternoon, and I suppose of the entire week before I would see her again I was consumed by the memory of that day in the van. I was curious what would happen when I saw her again. Was it a one-time thing or the beginning of many? I was a man obsessed. I was also becoming an overnight legend. I was spotted getting in and out of the van and it didn’t take long before my name was immediately followed by “the guy who banged the Leggs lady.” You may choose to believe me or not, but I didn’t welcome the notoriety. I respected women as much then as I do now and I was a gentleman. But it was out there none the less.

Friday afternoon would roll around again and like clockwork, she showed up at 11:30. We exchanged smiles as she came in with her dolly stacked high with product. It was taller than she was. She went about her business and I was very busy with deliveries. As she left she handed me her paperwork to sign. I reviewed everything, signed off on it, kept my copy and gave her back her copies. She handed me a piece of paper and said:”this copy is for you” and winked. I looked down, it was an invitation to meet her at  “The Cove” a popular section of beach in a town nearby at 8:00. Scrolled at the bottom was “bring the bike”.

In the days before cell phones, it was exceedingly difficult to coordinate meetups like this so I asked her how I would find her. She told me to look for the van.

Thus began a tumultous, wild ride that I would never forget. We met up at various places; my house, no-tell motels, and of course the van. But I didn’t take the time to notice that we never actually went in any establishments, we always met outside of places. I figured that she was outdoorsy and loved the summer. I did as well so I went with it. We rode my bike, had incredible sex all over the east coast of MA and hit the repeat button as often as possible. Life was indeed good that summer.

One Friday I decided to take the day off. I had some friends over and we were hanging out in my backyard. My home phone rang (remember no cells then) and it was Cheryl. She was calling from the market.

“Why aren’t you working?” she asked.

“I took the day off. I forgot Friday was your day.”

“I want to see you. I showed up today expecting lunch in the van and you weren’t there. You owe me now.” Her voice was throaty, sexy and incredibly matter of fact. I had never met such an assertive woman. Parts of me were scared stiff. Well, one to be exact.

I explained to her that I had friends over. She simply told me to get on my bike and meet her at a market about 25 miles away. She “needed” me. I told her to hold on and updated my boys on the situation. They unanimously agreed that I would be the world’s biggest putz if I didn’t take this opportunity.

I told her to give me 45 minutes, got rid of the boys and fired up the Honda. It was a hot day, I was in a hurry and I decided that the sneakers, tank top and shorts would have to do. I was off for another afternoon of Van-rocking debauchery.

Little did I know that I wouldn’t make it to see her that day.

This is a re-post. I was perusing my older posts and I noticed that almost all that read and commented on this, with the notable exception of a few of you, are no longer active on my page. This is one of my favorite series and I hope some of my newer readers read and enjoy it. It was sure fun for me to write.
Because it really happened.

I was driving on a very scenic, winding road today. I had gone to run some errands and I decided to take the long way home. I was alone on the road for a good while, enjoying the cross-breeze through the open windows of the cab of my truck. Eventually, I approached a group of bikers, all on late-model Harley’s. They were taking their time, driving the speed limit, not in a hurry as they navigated the challenging curves the road offered. Respectfully, I kept a good distance between my bumper and the bike in front of me.

It’s “Bike Week” here in NH. Bikers from many neighboring states visit the Lakes Region of NH, primarily concentrated on the area in and around Lake Winnepesaukee. Bike Week has been a standing institution in NH for decades. It has evolved from a drunken, bloody week of hell-raising to an enormous gathering of bikers from all socio-economic backgrounds, all celebrating everything that is the motorcycle. Local businesses prep, advertise and rely on the revenue of this event. My Mom and Dad used to go as well.

I personally think that nothing screams ‘Murica more than thousands of loud, shiny 2-wheeled stallions ridden by men in helmets or merely bandanas and sunglasses on bikes ranging from choppers to full-dressed cruisers with women of wildly varied levels of attractiveness, decorum and let’s face it, weight class. You are almost guaranteed to get flipped off and flashed at least once during this event. The problem is that some of the “flashers” would be well advised to keep them under the shirt.

It is truly a sight and a “people watcher’s” paradise.

Today, as my peaceful road morphed into a crowd of motorcycles I was in no hurry. I let them pass. I respect them and know how to keep my distance. I was now on a different road. Memory Lane.

I once had a bike, and although it was only for a brief, fleeting period it was one of the happiest times of my life. Every time I think about my riding days I’m not going to lie, I get a bit aroused. Seem unusual? Not when you hear this story.

In 1987 I worked at a local supermarket. I had been there for many years and had been promoted to Receiving Manager. The RM is the guy who takes deliveries from vendors and makes sure no monkey business is happening. I dealt with bread guys, the Hostess Guy, the milk guy etc., everything went through me. It was a great job. In the summer months, I would ride my motorcycle, a glimmering Honda CB650 which was a real nice bike in its day and park it on the loading dock so that I could keep an eye on it. It made me happy.

One vendor in particular was the Leggs pantyhose driver. I don’t think they are around anymore but in the day they sold their pantyhose in egg-shaped containers. They were also notorious for almost exclusively hiring smoking hot women to drive their trademark Vans. Our driver was no exception. Cheryl was a gorgeous woman of about 33 years old when I met her (I was 22). Five foot nothing, blonde hair, a cute smile and a posterior cortex that would make Perez Hilton straight (OK I exaggerate). Every time she made a delivery, she would progressively escalate her flirtatiousness towards me a little more. I was helpless to stop it. When she walked away, I truly couldn’t take my eyes off of her. How’s the saying go? “I hate to see you go but I love to watch you leave?”

One day, she motioned to my motorcycle outside and asked me if it was mine. I told her it was. Her reply floored me. “I like motorcycles, it’s something big between my legs.”

My only response, after rolling my tongue up and forcing it back into my mouth was “I”m taking lunch soon, care to join?”

She looked at me and began walking out the back door. Transfixed as always by her gait, I was surprised when she did a hair flip, looked over her shoulder and said “meet me in my van.”

Back in the game

My buddy and fellow blogger Steve of MSich Chronicles paid me the ultimate compliment yesterday when he linked his post to my blog. Just an aside, please check out his blog, he is a great writer and has a very cool story to tell. I found it amusing because he mentioned my blog with particular […]

It is said that how you treat people says everything about you. Especially those that can do nothing for you. The other day I met someone whose treatment of others, my friends and I, whose behavior spoke veritable volumes about her character. And not a single word of it was remotely favorable. If you live […]

membership has its priveleges

When I was in college I had a good friend who graduated a year ahead of me. Mark was a commuter student like myself and we both worked at the local supermarket to pay for our meager existences. While I wasn’t the best with money, Mark was extremely frugal and extracted a good amount of […]

I’m getting better at this

The text came through last night.“We REALLY have to talk.”My first reaction was a silly one. I thought to myself noone really NEEDS to talk. My second reaction was to marvel at how silly and funny I am. But my third reaction was a little more profound. I realized that I was faced with what […]

I’ve been away. For way too long. You know it’s been awhile when other bloggers reach out to you in the comments section to see if you’re ok. It’s quite the testament to the blogosphere when that happens. It occurred to me that, given my readers’ familiarity with my health issues, people assumed the worst. […]