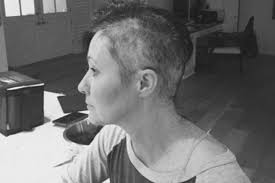 “Bill, I’ve got a woman on the phone and I really can’t figure out what she wants. Will you talk to her?”
“Sure, Kristen. Just give me 3 minutes to get back to my office and transfer it over. Got a name?”
“Harley.” Kristen smiled and walked back to her section of the office.
“I’m intrigued.” I called after her.
“Knew you would be” she replied. She had seen the entire shelf of miniature Harley Davidson models in my office.
I made my way back to my office to take the call.

She was a very sweet woman and I knew I liked her from the onset of the call. It soon became evident that Harley’s call was better suited for the Sales Department but I gladly gave her my time. Her need was simple, she needed information on a Handicapped Accessible vehicle for her adult daughter who was afflicted with Cerebral Palsy. She had heard from one of her friends that worked with us that we were a good finance company. The problem is that we don’t sell vehicles, we only finance the dealers who do.
She not only needed financing, she needed to find a vehicle as well.

I really couldn’t do anything for her but a little voice in my head was whispering to me that I needed to try. I took her information and told her that I would call her back. She was thankful for my time.

I dedicated myself to spending as much available time at work to helping Harley and her family. I searched the websites of my dealer base for anything that remotely met her needs. Coming up empty, I searched outside my network. Everything I found was highly specialized conversion vans and they were over 30,000 dollars. Harley’s single mom budget was less than 10,000. The hydraulics alone on these vehicles were more than that.
The next option was full size vans, the ones that Municipal services used. There were an abundance of those, all higher mileage but meticulously maintained until they were retired. I found a reputable dealer and made the call.

Having negotiated a near wholesale price on a older, but very clean van I asked the dealer to stand by, that I would call him back as soon as I could. I called Harley and explained to her what I had come up with. It was not her first choice but recognized that it was all she could afford. I asked if she wanted to proceed. She did. I explained that she needed to file a credit report and an application. Once she did I would take it from there.

Everything checked out. Now the wheeling and dealing had begun. I had to coordinate with one of our registered dealers to buy the vehicle and then sell it to Harley. I jumped through hoops to get this done. But I did it.

Having never met Harley face to face, when the day came for her to pick up her vehicle I insisted that I be there. My manager and I drove to our retail store and waited for her to show up. Before long, a beat-up sedan pulled in. Harley stepped out and I immediately knew that she was named right. A short, strong woman built like a beautiful motorcycle. Big, beaming, ahem…headlights, a strong chassy and built for speed. She was beautiful. I watched her as she went to her trunk and took out a wheelchair, opened the rear door and lifted her adult disabled daughter out of the car unassisted. When she was done, and Breauna was secure in her chair, she stretched and winced. Her back was clearly killing her. She then turned and asked,
“Which one of you is Bill?”
I stepped forward and introduced myself. She threw her arms around me and thanked me for my efforts. Her smile could launch ships.

My manager and I made small talk with her for a bit. She then went in to sign the paperwork. Once she was done I showed her how to use the hydraulics for the lift. It became clear that it would be a process to get her daughter in and out with all of the steps involved in strapping her in but it was what she asked for.

After a few pics for the scrapbook, they drove off.

The next day, Harley called me in the office and asked me for my cell phone. I gave it to her. She called me that night. I learned her entire back story. Harley had been diagnosed with breast cancer 3 years earlier. Her headlights were not stock, they were surgical. She bounced back from that to suffer a back injury in a motorcycle accident. She still managed to carry her daughter unassisted for years. She wanted me to know everything about her and I gladly listened. We became FB friends that night and stayed in touch.

Last night Harley posted a picture on FB. Her head is shaved. Her trademark smile as broad as ever. She boldly announced to the world that she has cancer in three areas of her body and she asked for prayers.

I will gladly pray for her. She is always in my thoughts. She is an example of those times when a job can be a real vessel of positive change, to make a difference in someone’s life. But thoughts and prayers aren’t enough, I want real answers as to how this poor woman, despite her outward strength is forced to endure such physical and emotional trauma. It’s total bullshit to me.

God bless you, Harley. I’m still here for you. As you have been for me. You look beautiful in your buzzcut, because your beauty is beyond physical. It shines right from your gorgeous soul.