It is amazing what can be conjured up from the dark recesses of the psyche. So many experiences laying dormant, waiting for the right odor or sound or phrase to bring it to the forefront of your mind. Yesterday, as I was composing what I now realize was a poorly planned but heartfelt post about being passionate, I accidentally triggered myself. In attempting to tell a story, I forced myself to think about her…the one that got away. Now I can’t chase the memories out of my head.

I have stated in previous posts that I have never really been happy. I don’t say this in a please feel bad for me way, I’m not like that. I say it because for the longest time I have felt a bit numb, detached and joyless as if I’m on the outside looking in at my life. I’m there but I’m not present. I now know that I was incorrect, I was happy. A long, long time ago in a Galaxy far far away.

In the mid 80’s I was in college, I had a part-time job, a full head of hair, a motorcycle and a love that comes around but once in a lifetime. That knowledge would have been helpful then, but that’s not how this works is it?

I met her in the library. Cramming for an exam, I look over and I see the adorable raven-haired, dark-eyed girl with the pink sweater giggling with her friends. Glancing up from my book every so often I would catch her gaze every time. Finally, I jokingly told her that if she doesn’t stop giggling I would report her to the librarian. That was her cue to pry herself away from her clucking friends and join me at my table. Her approach seemed to be in slow-motion, walking gracefully in her modest but tasteful clothing, her head bowed slightly indicating a gentle shyness, eyes locked on mine the whole time. When she sat down across from me and I got my first good look at her up close I was smitten. A dinner invitation was soon proffered and thus began a great story. A brief, tumultous story that would end badly and suppressed from memory for a long time.

The last time I thought of her was driving home from Mom and Dad’s lake house about ten years ago. I had the kids in the car, wifey had stayed home that day. We had enjoyed a great day of sun and fun, now they were all chilling as I drove and listened to some music. My son said, “Dad, are you crying?” Shit, I realized that I was. Pearl Jam’s Black was on and Eddie’s lyrics, which I had heard a thousand times before had just bitch-slapped me back to a place I didn’t want to go. Eddie wailed

I don’t remember how I explained it away but I was able to change the subject. But I thought of her the entire ride home. I accidentally, and unkindly, came up with a term for my wife on that ride, my Silver Medal. 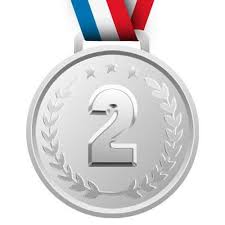 I was an entirely different person with her than I am today. I was affectionate, I was passionate, I expressed myself without fear of reprisal and I wasn’t afraid of showing my love. Her personality was different. She was quiet and soft-spoken but could speak volumes with her eyes. Her eyes could tell me anything, I know because I couldn’t stop staring at them.

We would fight, no couple is perfect. I took her quiet nature for granted sometimes, or I didn’t read her eyes correctly and I would say or do something stupid and she would let me have it. She was always right. Especially when she said that someday I would take her for granted one too many times. I did, and I lost her. The pretty girl that could have had anyone, but chose me, was done with me.

I would try for months to get her back, she would have nothing to do with me ever again. Her eyes were only angry to me by then. I left her with a parting thought, I told she was my only love. I meant it. I moved on, but I never got over her. 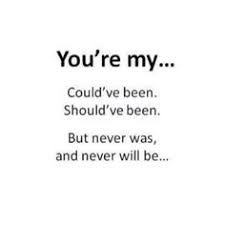 I would see her again. We were on the same cruise ship. On our honeymoons.

Coincidences like that just don’t happen. I saw her on deck. She looked at me and quickly looked away and that was it. There was nothing there. My wife never knew. I put on a good face for her. But the thought of her on the same ship with her new lucky fucking bastard husband was devastating to me.

I was true to my word, I would never find another that made me feel the way she did. My wife and I had it good for a while but I would never willingly allow myself to be vulnerable again. My wife would become an emotional cripple so in the end, it worked out just fine.

After dredging all of this up, I am thankful that my psyche buried all of this shit. It’s too painful to think about what my life could have been like. This type of thinking is dangerous, for starters I wouldn’t have my amazing children if not for the way it turned out. Aside from that, it is a giant reminder of how stupid I can be.

I am glad that my windshield is bigger than my rearview mirror, I have so much to see that is ahead of me and I can’t be distracted by what is behind me. It’s just plain dangerous thinking.

There is a museum in the vicinity of Harvard Yard that houses pieces of Art from the Eastern and Western worlds pre-1200 AD. The museum is named for its collector, a known Philanthropist who made 14 Billion dollars off of one product. He is famous for a quote,“I’ve often said I approached collecting as a […]