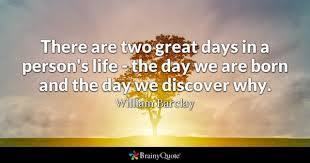 I’m not dying, I just live like I am.

This past July I wanted to die. I was so sick, so down and out that my will to live was receding like the tide. Chronic illness had hospitalized me before, kicked me pretty hard but never knocked me to the floor. I always managed to dust off, put on a good face and pretend everything was fine. But this past July was different, it was a perfect storm that came roaring in and left my life in a debris pile when it left. In the 3 ½ weeks I was hospitalized I would lose my job, my apartment and be forced to accept that I needed to go on disability. In addition, I learned that I had lost about 30% of my kidney function. The realization that my Kidney Transplant, the greatest thing to happen to me other than the birth of my children, was failing was more than I was prepared to deal with. I was losing my famous optimism. I could handle a few punches but not the barrage I had been dealt.

I would check out, pack my few remaining belongings into my civic and move to my mother’s house to recover and plan my next move. God bless my mother. She welcomed me into her home, without judgment and gave me all of the tools to recover both physically and emotionally. It would be weeks before I would get my breath back, literally and figuratively, and start to plan my next move. Priority one was getting out of my very uncharacteristic funk. It was bad, even my wife who I feel notices nothing about me, commented “you need to find the old you, the fighter. I don’t recognize this guy. Get him back.”

It would be Facebook, of all things, that would get me on track. Many years ago, when I was really getting sick and in need of a transplant or dialysis, I joined an online support group for Kidney patients. I made a few friends across the country, one of them was Jeanne from West Virginia. Jeanne was at the same stage I was and we often commiserated about our progress. I would get a transplant much earlier than she would and she followed my progress. For someone I never met we knew each other well and had a solid connection. Fast forward to August, Jeanne has since received her transplant and she is doing great. She posted on the 4-year anniversary of her progress and her new lease on life. I was compelled to comment and I posted that I found her “inspirational”. Her response floored me. “You were my inspiration, thank you.”

I was floored by this revelation. To think that my story had compelled someone, had given them hope was invigorating. I told one of my best friends about this, he agreed with her. I would learn that he and many others found my “push forward” attitude refreshing and motivating. That had never occurred to me and I was floored. I only acted as such to motivate myself to keep going. I knew then that I had to find my old mojo, if not for me then for others. I needed to, at this point the only thing that gave me any joy was my children who I never saw but loved more than anything.