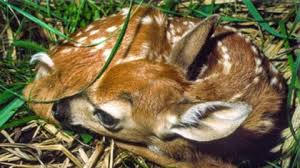 Dear Grand Architect of the Universe:

It took most of my life and it wasn’t until I stopped looking that I found you.

When I was younger I watched my fellow humans hail you, bow to you, raise hands high in the air and shed tears to you. I tried to feel that zeal but whatever wiring those people had, I didn’t. Frustrated, I walked away thinking that you weren’t there.

I denied you for years. I never reached out to you even when under life’s heaviest bombardment. I decided you didn’t exist and I was not going to be a hypocrite.

I couldn’t believe that you could allow so many bad people to thrive, so many good people to suffer and let a baby get Cancer. At least not the kindly Gentleman with the flowing robe and white beard I was taught to visualize.

I lashed out at your believers. I felt that they were selfish, only asking things for themselves, for their own advancement. What do you care who wins a baseball game after all? I decided that it was fine for people to believe in you if it makes them feel better but you weren’t for me.

Eventually, I came to realize that I believed in evil. To believe in one you must believe in the other. I further recognized that things are just a little too perfect to just be the result of a random cosmic explosion. Finally, I decided that if I cannot prove you are not there then it is very possible that you are. I closed my eyes, opened my ears and sought evidence of your existence.

I became a member of the world’s oldest fraternity 6 years ago. Freemasonry requires that a man has a belief in a higher power. They do not require a particular deity or denomination. Freemasons refer to you as the GAOTU, Grand Architect of the Universe. I joined Freemasonry as a step in building meaning in my life, it naturally followed that such a desire would incorporate Spirituality. I was looking not only for the meaning of life but for meaning in my life.

I started slow. When others prayed, I meditated. I took that time to think positive thoughts about others and reflect on what I have lost and changes I need to make. I spent time with men of faith and found that these good men used their belief in you to help others, not themselves. I found their positive approach to life as a portal to allow you into my life. Now I am completely open to what you have in store for me.

As my personal life has deteriorated, my family life has collapsed and my health has declined, you have become more apparent to me. Not because my need for you has, but because of my awareness of how much I appreciate what I still have. I do not question you for what is happening to me, I hope that you will help guide those that I love in my absence and that you will guide me in my goal of becoming a humble, grateful and kind person.

I find myself outdoors a lot now. I am able to stare at the woods for hours on end taking in the beauty of nature. I see you in the industrious squirrel foraging desperately before winter. I see you in the bluebird flitting from branch to branch. I see you in the ripple of water on the lake as I paddle my Kayak. I see you in the mountain ranges on a sunny fall day, in the smile of a child and in the affection of a dog.

Yesterday morning I left the house early, dreading the doctor’s appointment I was heading to. I looked at the end of my driveway and saw a baby doe with its mother standing looking at me.