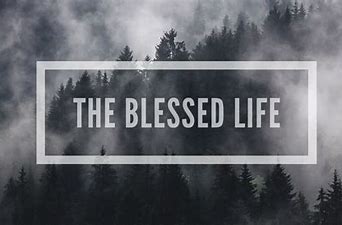 With the exception of my Romantic struggles my life is really going well right now. It’s almost as if things are falling into my lap lately.
My health is excellent. My Team gave me a glowing Bill of health the other day. No protein or blood present in my urine, blood pressure is normal for the first time (still on meds but half of what I used to take) since I was 23. My labs showed normal levels of everything. They really couldn’t find anything wrong and believe me they tried! All they could say was to keep doing whatever I have been doing.
Financially I have been blessed with 2 windfalls. I have resumed detailing cars, despite the weather, and have been getting a fair amount of calls. I am a bit of a “even Steven” with this. Today a job cancelled and ten minutes later I got a call to do 2 more. Funny how that happens.
Then there is the new job. I will be working for a guy in town that I met almost by accident. A local detail customer referred him to me and after doing 3 of his cars we became friendly. He told me that he bought the local store and wanted someone to run the kitchen, Did I know anyone? Yes, Me! Long story short, he hired me on the spot. So I figured that I’ll play it cool until it opens in January (this guy doesn’t play he has crews working every day over there). I was wrong, he wants me to go on his payroll immediately so that I will be at his beck and call during the setup process. He has me doing the kitchen setup, buying the equipment, preparing the menu and lining up vendors. While I haven’t gotten a whole lot done so far because I have to wait for the construction he still insists on paying me.
Have you ever worked for an asshole? Silly question I think we all have. This guy is the polar opposite. He wants to know what he can do for me, not just what I can do for him. He wants to invest in me. Even when I told him he was paying me too much, due to everything still being under construction (I do that, I’m not a taker instead ever considerate) he insisted that I take it and not worry about it because there will be times when he will need a lot out of me and it will balance out.
Who does that? I am truly blessed to have met him. He has made me one of his 2 contacts, the business being divided in two parts, the Convenience store and the restaurant. The other person is the one who led me to Vinny in the first place and she is awesome. We get along great and I know we will work well together. She is very down to earth and very savvy. She also knows the value of community and really surprised me when she told me that I have a excellent reputation in town. Her words were “everybody loves you”. It’s not a very big town but I’ll take that. Being a small town, the word got out fast and apparently a lot of people are excited that I am going to work there. How about that?
I am going to really enjoy working with food again. I wish I could have made a living out of it before, it is fun for me to see people enjoying themselves and eating food that I prepared for them. It’s weird I know but it’s how I’m wired.
Is it possible that I may finally work for someone that appreciates me and treats me decent? Isn’t that what we all want after all?

All I need now is to find someone to share these blessings with. I know that in time I will. Hell, I have 2 dates in the next 5 days! Billy Mac don’t play.

I’m going to go out on a limb and say that life is good. It’s going to take a lot to knock me off of this high. It almost makes me forget that I had my heart ripped out 4 days ago. The sting is much less because the one thing that I am most grateful for is my circle, WP readers included, that have reached out and supported me in this difficult time. Friends are everything and I have many great ones. In fact, if they cost money I could never afford the great friends that I have. If you’re one of them then thank you!

Always grateful is the way to be…