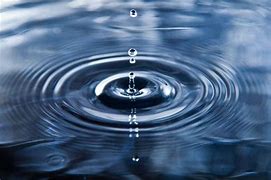 One of the most amazing thing about the internet is the connections that we make. I have made actual friendships, with the exception of the blessed few that I have met in person, that are real and meaningful. I am occasionally surprised and honored when a virtual friend or blogger notices my absence, which of late has been the rule, not the exception.
It is an honor none the less when someone notices when you are not around. I have to come clean as to why my posting on social media and the blogosphere has been so infrequent.

As Bruce Banner, AKA the Incredible Hulk, famously said…”You wouldn’t like me when I’m angry.”

I’ve been in a bad place.

I have friends that share very different politics. One in particular is a polar opposite of me politically but I read him just the same.(You know who you are). He is a beacon of reason and open-mindedness despite his world view being maddening to me. He doesn’t judge me for mine, he allows me to be me.

The problem is, being me has been difficult lately. The social and political climate is infuriating to me and I hate how people are turning on one another. The anger and resentment at watching my friends, family and country embroiled in partisan and identity politics has been consuming me. I, like my beloved community, was drifting in the wrong direction. It made me angry and hostile and I found myself caught up in it.
I didn’t like the way I felt. I was tired.

Then one day I caught myself.

I knelt down at the water’s edge and I prayed for tolerance and an abundance of reason to guide me. I further asked for the strength to be a beacon of light that others may follow before it all, everything that I love vanished before my eyes. Please God, take this anger from me. The weight is more than I can handle. Let me be the small stone that makes a ripple that slowly but persistently spreads over the turbulent waters.

I am but one person. But sometimes that is all that is required to start a revolution. Please people, let’s start a movement of restoring the basic values of dialogue, courtesy, tolerance and respect.

Believe what you believe but don’t cram it down another’s throat.
When someone is speaking, listen to learn not wait your turn to speak.
Converse with facts and educated opinion, not sound bites and increased volume.
React with a deep breath and carefully considered words.
Apply Respect as a value and a virtue, not as an option.
Talk over the backyard fence instead of making the fence taller.
Love each other.

If we don’t, everything we love is going to vanish before our eyes.