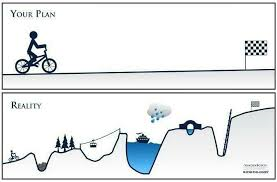 The last 5 days have been quite a ride.

I had a great weekend planned. There was a special dinner at my lodge on Saturday that I wanted to attend. The timing worked well because it was the weekend before our monthly Monday meeting. I had it all worked out. I changed my dialysis time to an earlier slot, I would drive down in time for the dinner at 4:30. I would stay over my best bud Jeff”s house and visit with my kids (at 3 different locations) on Sunday. I then planned on staying another night, have coffee with one guy and visit another until it was time for the meeting and then drive home.

Saturday rolled around and I was ready to go. Tux in one hand, overnight bag in the other I left the house at 8. I ran into my first wrinkle when I arrived at the dialysis center and they wanted to know why I was there so early. I explained that I had scheduled it with Lisa, but Lisa never marked the calendar, They made me wait an hour. I rolled with it, I had allowed extra time in case such an issue arose.

It was a brutal session. I had a bad reaction to a med, I cramped up horrible and the injection site hurt like hell the entire 4 hours. Somehow, I got through it. At 2:30 I was off like a Prom Dress. Straight into a traffic jam. Fortunately, I didn’t need to go home first. I barely made it on time to the dinner.

I was given a warm welcome by my friends and brothers, but the evening was mediocre because I wasn’t feeling well after my rough session of dialysis. I put on a brave face and got through it but by the end of the night I was cooked. Jeff and I had little Scotch and Cigar time that night, I went to bed early. Fortunately, I was up most of the night. Insomnia isn’t limited to your own pillow, it’s transferable.

Sunday morning I got up at the butt crack of Dawn because Jeff has young children (is it still called getting up if you never slept?) and had breakfast with his family. At 9:30 I embarked on my day of visiting the kids. Over the course of the morning and afternoon, I drove a total of 130 miles and saw my youngest 2. I spent some time with my youngest daughter hanging out at the apartment. I then went to a cigar bar with my youngest boy and enjoyed a ten dollar cigar and a good conversation. It was then back to MA to have dinner with the ex and my oldest daughter at the restaurant my oldest boy works. I wasn’t feeling great by the time dinner came but it was good to see everyone, even if my son was working. By the time I was done eating you could again stick a fork in me, because I was done.

That night, I managed to have a Scotch and a Cigar with Jeff, we went over the events of our day and I was in bed by 10.

That night I slept like a log. When I woke my stomach was a bit off. At that point it could have been the Scotch, the need for a good fart or just a bubble. I was wrong on all counts, I quickly realized as I raced to the bathroom to toss up the previous evening’s dinner. I had caught the stomach bug. I would not leave Jeff’s guest room the entire day. I spent the day alternating between sitting on the throne with runaway diarhea while simultaneously barfing into plastic shopping bags and then sleeping. The meeting I had gone to all of the effort to plan for…I never made it.

Tuesday morning I made the 2 hour drive at 75 miles per hour, plastic bag handy and butt cheeks clenched firmer than a Southern Baptist minister. Having successfully made it without an “accident” vehicular or otherwise, I made it to dialysis.

Where I had another miserable session.

It’s so absurd it only makes sense to laugh. The best laid plans, right?

21 thoughts on “The best laid plans”