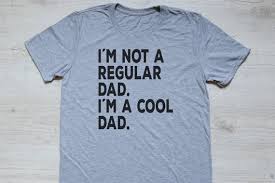 The one thing I will never get used to is not seeing my children as often as I used to. I went from every day to a few times a month in one fell swoop. I keep my complaining to a minimum, it’s been hard for all of us. When it all collapsed, we went separate directions, no one’s situation was ideal. My problem was that I never felt right with the world once I was deprived of my nightly conversations with them.

When they were younger I would famously extend bedtime by telling extra stories or watching another show. I was complicit, if not the architect. of some serious bedtime schemes. My oldest daughter came up with her famous “asthma-scam” when she was 7. She has asthma so she would fake a raspy cough, I would get the nebulizer and give her a breathing treatment. Mom never figured it out that she was getting an extra 20 minutes with Dad on the sofa. I had something like this with all of them. I wasn’t home a lot of nights until almost bedtime so, selfish as it was, I found ways to get more. As the kids got older, the books and TV shows became nightly talks. Each kid had that one thing that they liked to discuss with me. Occasionally these talks morphed into conversations that most parents dread, but they happened so organically that it became easy. My kids talked often of their “Dad time” to their friends. We often had a yard full of neighborhood kids. I was the “cool dad”. Even as they got older my kids would tell me how much their friends liked me, that I was different than their own Dads. I was just being me. It wasn’t that difficult, I listened to them. I let them make their mistakes and I gave reasonable advice, not guilt trips. I fostered open communication and a friendly relationship without compromising my role as a father. 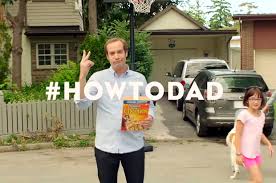 After the collapse, I found myself 100 miles from them. I make the trip down as often as I can but when I do it is a long, carefully planned ordeal because they are all over the place. Two here, one there, one I need to see at his or her work, etc. It sucks but it isn’t going to change anytime soon. I make the most of the time I have with them.

Saturday I got a call from my oldest, asking me when I was going to meet her new boyfriend, who she is apparently semi-living with, and my new Grand-dog Coda. a six-month-old Husky. I told her I would come down Sunday morning. I then called my youngest 2 and found that one was available and one was at a sleepover. I told him when I would pick him up. I then reached out to my oldest son to see if he was working. He was moving into his new apartment that day so he would be available. I called my oldest and informed her that her boyfriend was going to meet all of us except our youngest and my wife, who was working. Her reaction was “John is going to freak out”. I assured her it would be alright. And don’t forget to bring the Dog.

We met at the restaurant at noon. Just by meeting him in the lobby I knew that the boyfriend was exactly as nice as my daughter had described. We got a table for 5 and sat down. John and I got along great. My daughter seemed happy. I caught them smiling at each other and heard her whisper I told you you’d like him. Dinner was great, probably because the one that would have stressed everyone out was at work. I picked up the tab, despite great resistance from John and we parted ways. I would not get to meet the dog that day but I was now off with my oldest boy to see his new apartment.

When we got to the new bachelor pad I parked and told him to lead the way. I grabbed the 30 pack of Bud that was in my trunk and we went in. When we got to the top of the stairs, I handed the 30 pack to them and said “Housewarming gift. I thought of giving you food but I knew you needed this more”. They were pumped. I did my tour and I left.

I dropped the younger boy at his house, bid goodbye and began my 2 hour ride home. I turned my Spotify on and ignored my phone the entire ride. When I pulled into my driveway I opened my text messages. There were 2, one from the oldest daughter and one from my oldest son. They read, respectively.

“John can’t believe how cool you are!”

“Dad, my friends said that I have the coolest dad ever”.

How about that? I’ve still got it! 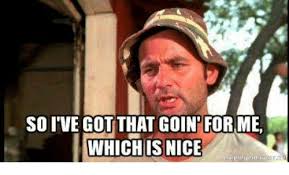 It is said that how you treat people says everything about you. Especially those that can do nothing for you. The other day I met someone whose treatment of others, my friends and I, whose behavior spoke veritable volumes about her character. And not a single word of it was remotely favorable. If you live […]

membership has its priveleges

When I was in college I had a good friend who graduated a year ahead of me. Mark was a commuter student like myself and we both worked at the local supermarket to pay for our meager existences. While I wasn’t the best with money, Mark was extremely frugal and extracted a good amount of […]

I’m getting better at this

The text came through last night.“We REALLY have to talk.”My first reaction was a silly one. I thought to myself noone really NEEDS to talk. My second reaction was to marvel at how silly and funny I am. But my third reaction was a little more profound. I realized that I was faced with what […]

I’ve been away. For way too long. You know it’s been awhile when other bloggers reach out to you in the comments section to see if you’re ok. It’s quite the testament to the blogosphere when that happens. It occurred to me that, given my readers’ familiarity with my health issues, people assumed the worst. […]

the son of a thief

This is part of a small series but it can also stand on its own. If you would like to catch up it would honor me, the first post is called Inconspicuous absence, the second the 4th of July, the third is called The sewing machine and the curio cabinet. A year into middle school […]