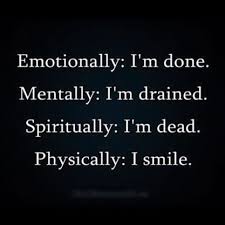 “How are you feeling?”

I ended the first installment by recalling my brief bout with Testicular Cancer in the late 90’s. It was a formative moment. During my recovery, albeit a short one, I did some serious soul-searching and eventually re-evaluated my entire life.

I decided to explore the job market outside of my little comfort zone. I envisioned all of the upcoming moments with the children that I would miss due to my schedule. The restaurant life was indeed getting old, my back and legs were my livelihood and the benefits were abysmal. When I was forced to take a weeks vacation to recover from Cancer surgery it became painfully obvious that I needed a job using my mind and my degree that also had decent benefits. While rehabbing, I applied for and eventually achieved the job that would be the stepping stone to the best job of my life.

I also realized that this was my second real brush with my mortality. If you have been following my story, you know that I have kidney disease. I have never mentioned my motorcycle accident.

Just ten years before I was hit by a drunk driver. I was hit on the left side and pushed off of the road. I went off the bike, over the bars into a guardrail. I broke 3 ribs and fractured 4 vertebrae. My only memory of the incident was gasping frantically for breath and blacking out. My next memory was waking in the hospital. I had gone into shock. I spent 3 weeks in the hospital, followed by wearing a back brace for 6 months, and I was unemployed. This is the event that led me to the restaurant. Now 9 years in, I was “Billy one-nut”, still dealing with back issues from crashing my bike, and beginning to experience regular symptoms of my burgeoning kidney disease. It wasn’t debilitating at this point, but it was becoming a part of my daily mindset and not just an “episode” here and there. It would also be the beginning of the “how are you feeling”? phase that we with chronic illness deal with.

First, and I think that I speak for most of us with chronic illness, let me say that I honestly appreciate someone inquiring as to my well-being. It beats the living hell out of the popular greeting of “’Sup?” any day. It shows consideration and familiarity. Speaking only for myself, when people routinely greet me with a “how are you feeling”, it’s official. I’m the sick kid. By my logic, which is admittedly questionable at best, my illness has defined me. I was not going to let that happen. I kept at it at the gym, I (politely) dodged questions about my health, walked upright even when hurting and eventually it went away. 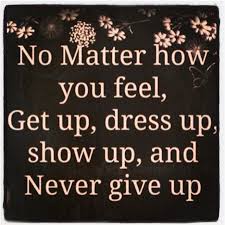 It worked for me. My stubborn, bullheaded nature allowed me to fool my kids, appease my wife and keep my job. The family knew but didn’t dwell on it because I didn’t give them a reason to. My boss didn’t know until it was revealed in 2008 that I would definitely need a transplant.

IGA Nephropathy is a rare kidney disease, and like me it is an unpredictable smartass. It lays dormant for years on end, giving you the illusion that it’s not a big deal and then it pops up, robs you of a huge amount of function and says “remember me”? My esteemed team of physicians had done nothing up to this point other than manage symptoms, for IGA is so unpredictable they really didn’t know what would happen. In 2008, when it was confirmed that I would definitely need a transplant I had to tell my family and my employer.

My wife’s reaction was priceless. True to her personality, the “how does this affect me” gene reared its ugly head and she accused me of deceiving her. I have forgiven her since but I will never forget her response.

“If I knew you were that sick I never would have married you.” Normally a stalwart person, that one stung me. She apologized but it was too late. Her rationale was that I was going to die and leave her a widow with 4 heartbroken children. I reminded her that I had warned her when we began dating that I had an uncertain future health-wise.

My employer was very supportive. In fact, they embraced it. They would prove to be one of the only bright spots of the entire ordeal. The downside…everyone knew what was going on, I was now the sick guy. The day had come where every greeting was the default, dreaded

“How are you feeling?”. Here we go