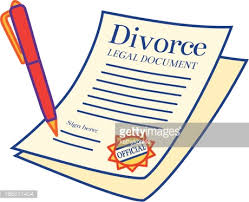 You were a waitress, fresh out of school

Me, a lost soul, living for the moment

You loved me immediately

At least thought you did

You chased me, I rejected you, all part of the game

You were so much younger, what would people say?

You persisted and insisted, that I was the one

You wished for my attention, hoped that I would break

I warned you I was not good for you

My illness and demons would take us down

Remember when I met your mother?

The disapproving look on her face should have said it all

A few years passed and your interest had not faded

You were older, I was stagnant, I gave it a shot

We began to date, there was no turning back

You’d loved me so long I couldn’t hurt you

We became a great story, despite all the odds

But hard times would come sooner than later

The fighting began, worse all the time

Out of nowhere,  you were off to Florida

I would later learn that you went to think

stay with him, or leave him, a decision needed to be made

You chose to stay, the rest is history

our great story now comes to an end

We were never a good match, I tried to warn you

I couldn’t provide for you, I knew it even then

Years of bitterness and struggles, you could have avoided it all

Sleepless nights, foreclosure and bankruptcy all that remain

If regrets were currency we’d be rich

Tomorrow we go to court to make it official

The story is over, bring in the shovel

Will you be thinking about that trip to Florida?

It’s not your fault

Next time, and I hope that you have one…

Be careful what you wish for

Depends on how you look at it

I have been in the clutches of a identity crisis since my stay in the Boobie Hatch (it was only 2 nights but it sucked enough for a week) and it has really taken a toll on me. My breakdown was very uncharacteristic, I’m not a person who has ever seriously considered taking my own […]