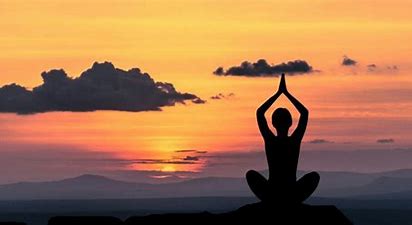 I have struggled with the idea of god for most of my life. From a very early age, I was more than encouraged to attend Church. While I respect that to this day, exposing me to something that was wholesome and positive, it never really stuck. I didn’t believe in it, I didn’t understand it, and sadly I felt no need for it. In addition, I found myself highly annoyed by a good number of the people in attendance. Even as a young boy, I had a keen eye for hypocrisy and Bullshit. My church was rampant with both. For every person who dutifully stood and sat on command, recited tired and canned responsive readings, and paid respectful attention to the sermons, there were ten who were all about appearances and acting judgmental. They annoyed me to no end, but not as much as the theatrical ones who swayed during hymns and constantly yelled “Amen” for all to hear to show all in attendance what a wonderful fucking Christian they were. Add in the assholes who raised their crisp 100-dollar bills into the air to examine it and of course, make sure that everyone saw it before they dropped it into the collection plate. I never felt comfortable with any of it, the only redeeming quality was watching my Dad, who really tried to do what I always believed it was all about; cleansing his soul of the awfulness of the past week and spiritually bracing himself for the upcoming one.
As soon as my parents stopped forcing me to go, I stopped. It just wasn’t for me. My Dad was cool about it, my mother was mostly fine with it but she engaged me often over it. She told me that I was unhappy with the people in particular of our church, not religion in particular. I assured her that it was both.
Between the ages of 17 and 46, I never entered another church unless it was a wedding or a funeral.

It wasn’t enough for me to not be a churchgoer. I actually danced on the verge of outright atheism. Shamefully, not only did I not expose my own children to church, I foolishly shared my beliefs of nothingness with them. Kids are impressionable, the Dad’s influence is a powerful thing, and I did them a terrible disservice. Ideally, I should have done what my parents did. Expose them to it and let them make their own decisions. I took the asshole route. I used the bully pulpit of my position as influencer of young minds and abused it.

I know in my heart of hearts that I meant well, I was just the kind of father that taught the harsh realities of life to ensure that my children were knowledgeable about the world as it is, despite whatever hopes and dreams they may have had about what it could be. Along that vein, I felt that religion was a dangerous construct; that more war and death occurred in the name of it than I could justify, and that it was largely a waste of time. In addition, I felt that God was just a nice idea and that the Bible was just a collection of moral lectures that could easily be replaced by actual values, Good vs. bad vs. good vs. evil. I went as far as to share my belief that the afterlife is a pipe dream, that we are mortal and temporary residents of this planet and when we’re gone…that’s all folks. I could argue these points endlessly and successfully with anyone. I feel it is important to point out that I did respect the belief systems of others, but I really had no interest in it all.

Then I had an epiphany. It wasn’t God that I rejected. It was organized religion. Once I embraced that I embarked on a spiritual journey. One that I would love to tell you about if you will indulge me.

In my last Blog I put it out there that I was going to work on recovering the raw and brutally honest nature of my earlier blogs. I used to be interesting, I think at least, to some people and it was often stated that candor, harsh truths and genuine storytelling was the draw. I told my story as a means of therapy. I mostly told of the events leading up to my utter collapse; the loss of my new Kidney, my Divorce, my job, my house and subsequent bankruptcy. I told a few stories about my past but not many. As it turns out, through my blog and some other life events I had reconciled a lot my anger, forgiven a lot of people (myself included) and I had worked myself into a better place. I almost liked myself. I was close to being OK in my own skin.
As far as my blog was concerned it felt like my story was almost told.

Sure, I kept blogging but it was hit or miss. I had run out of (or so I thought) the funny stories that made the best blogs. I was searching for a new format, even if it meant no format at all, to make me want to write. I was uninspired.
Then I met a girl.
She made me feel accepted and loved.
I loosened up a little (I’m generally wrapped tighter than a take-out burrito).
I told her that I can be myself around her.
She asked me what that even means.
I couldn’t answer her, and I haven’t stopped thinking about it since.

I can only come up with one thing. It took me waaaaaaay too fucking long to get to that place where I can feel safe and “myself” with someone. My Personality Theory 101 class could tell me that I must have some heavy historical baggage. Maybe it’s because of that formative incident in 1982 when someone wrote on the Men’s room wall where I worked Bill Mac is a Fucked Up Shithead. My mind goes back to it all the time, after all these years, and always offers the additional, and totally unhelpful “you are, aren’t you”?

Am I? Am I a FUS? I look back on the Highlight Reel and I can certainly think of some things that I want a redo over. You know, the ones that play in your head at 3 AM? I suppose most people get over things, I was born sans that ability. I remember every regrettable thing that I’ve done and I don’t need anyone to beat me up over it, I was there first and it’s already done. Why do I continue to dwell on them and why have I not achieved some sort of closure? Why can’t I forgive myself?

We all have a story to tell. Our story explains everything about who we are and why we act or think the way we do. I think it’s time to go back to the beginning of my story. Look at those memories and look for some answers. The story of Bill, the Diary of a Fucked Up Shithead… 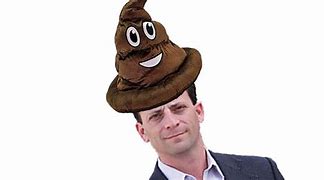 Is Shithead one word or two? Asking for a friend. To be fair, I looked it up. It’s one. I just thought it was a novel way to start a post.
shithead[ˈSHitˌhed]NOUNvulgar slang a contemptible person.

I’ll never forget it as long as I live. 17 years old, working as a Grocery clerk. It was break time and I was relieving of myself of my morning coffee. As I began to take that blessed leak my eyes turned to the FB before technology, the men’s room wall. To my shock, there it was…Billy Mac is a fucked-up Shithead (not my real name but you get the idea) on the wall for all to see. I have never gotten over that moment. I was less angry than I was conflicted, I mean was I?

Why bring this up now? You know, despite it being one of the most formative moments of my life that is? The best I can figure, it stems from a conversation which I had with my lady a few weeks ago. I simply told her that I can be myself around her, it was a pleasant reckoning and it had pleased me in telling her. It was if I was admitting that I had not been “myself” with others before me, my ex wife included, but was liberating despite the additional questions it raised. It was received well but I think it meant more to me than to her. You see, it was unusual to her that I would say that, that I had not been comfortable in my own shoes in relationships before her. I suppose it may be weird to a lot of people if asked but the fact is that I am just recently, despite my advanced years, getting comfortable with who I am. And that is something that I have to reconcile. But it is a good feeling nonetheless, to open myself up to the possibilities and to the larger picture. In the longshot event that our relationship comes out of the shadows I know that I will be able to put my best foot forward when the time comes.
If it comes. There are more waves than smooth sailing ahead. She is still married, has made no mention of leaving him and I will not mention it because it is not my place. Only she can make the decision, it is totally inappropriate for me to influence her in any way. There are so many things that she would need to coordinate were she to leave him that simply don’t concern me. The timetable is hers and I have nothing to do at this point except to see what happens next. Hell, all I have is time. In the interim, I think I’ll tell my story unfettered and from the beginning. The ballad of a Fucked-up Shithead. It will be a smash.