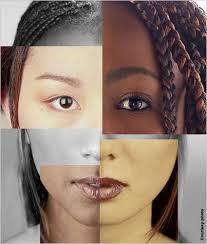 “Racism is the lowest, most crudely primitive form of collectivism. It is the notion of ascribing moral, social or political significance to a man’s genetic lineage—the notion that a man’s intellectual and characterological traits are produced and transmitted by his internal body chemistry. Which means, in practice, that a man is to be judged, not by his own character and actions, but by the characters and actions of a collective of ancestors. Racism claims that the content of a man’s mind (not his cognitive apparatus, but its content) is inherited; that a man’s convictions, values, and character are determined before he is born, by physical factors beyond his control. This is the caveman’s version of the doctrine of innate ideas—or of inherited knowledge—which has been thoroughly refuted by philosophy and science. Racism is a doctrine of, by and for brutes.”
Ayn Rand

I have largely stayed away from the topic of race on my blog. I was inspired to take some notes when the whole Rosanne thing happened and I read some powerful, well thought-out posts on the subject. I felt the heat of the topic on my keyboard and I chose to let it simmer a bit. But now I am ready. I intend to discuss this volatile subject in a frank and honest manner without the intention of offending. I shouldn’t offend after all, because I do not consider myself a racist.

Despite the fact that I once called a man a Nigger. A moment that I have tried to distance myself from ever since.

I was in basic training in Fort Knox, KY for basic training in 1985. Of a 50 man platoon, I was just one of 8 “white” men. The rest was entirely African-American. As a naive Northerner, unaware of the remaining and prevalent racial tensions in the South, I had absolutely no issue with the numbers and expected no issues. I think it’s safe to say that I liked everyone. But the same can’t be said for all and the white guys were mercilessly made fun of and called names. Not by all but by enough. Some of it was pretty hateful. There were some physical altercations. I still managed to get along with most of my platoon. That included Spanky, my black bunkmate. We got along really well, joked about the black/white thing and even hung out while on leave.

We were on a merit system and were awarded points and given demerits for things such as bed-making skills, uniform, conduct and the state of your locker. I was slightly ahead of Spanky in points and for some unknown reason, I didn’t see it but another party did,  he trashed my locker immediately before an inspection. Presumably to gain points over me. Without time to fix it, the inspection occurred and I was given several demerits. I was fuming. Once the coast was clear we went at it. In the heat of anger, I blurted out “You F%@ing N@##%+”. The room got quiet, he stared at me in disbelief and I immediately dropped my shoulders, apologized and told him that “I was not that guy.” He never forgave me, and I have never forgiven myself. That wasn’t who I was, I had wanted to hurt him so badly that I went at him in the worst way. I still feel bad to this day…and I am still not that guy.

I was raised in a town that could best be described as lower-middle class. Most of us were actually poor, myself included. We didn’t know it so we didn’t care. I was raised in a very nice family that was no better about containing “folksy” ethnic jokes than anyone else. My father and grandfather made the occasional joke about blacks but they weren’t cruel. One that stands out was about my Dad’s black co-worker “Smitty”. I knew Smitty and I liked him a lot. As the story goes, one day the lights went out at work and someone yelled out “Hey Smitty, smile so we can see!” Smitty laughed along with everyone else. It wasn’t any crueler than the other slurs of my time i.e., Polacks being dumb, Irish being drunks, Asians being good at math or Jews being cheap. It was just stereotyping, all of which of course had some basis but were never all-inclusive. None of this struck me as anything more than fodder and created no lasting prejudices in me. When I met my first black kid in school, for some reason there weren’t many African-Americans in my town, I was one of the first to say hi to him. He was a great kid who would later famously joke in Gym class when no-one would pass him the basketball “what am I, Black!” We all laughed our asses off. Everyone liked him after that. Why? Because he could make…and take… a joke.

When I moved out of my childhood town I entered a much more diverse world. While working and going to school I met, and often partied with, people from all backgrounds. I had friends who ranged from Rastafarian to Muslim and everything in between. If I ever saw a difference in them, it was cultural. That only inspired cultural curiosity and a desire to get to know them better. My friends were clearly the same way because I don’t remember anyone pulling me away from the others because we were “better” than anyone.

The more I think about it, the more I know how oblivious I was to racism. My good friend in my Sophomore year Jon Silverman once said something that I will never forget. We were hanging out and he asked me if it bothered me that he was Jewish. I looked at him funny and said, “that wasn’t on your application to be my friend.” We laughed and then he told me that he had lost friends over that. I could not then, and still cannot, wrap my head around that. We’re still friends today.

As an adult, I now know that Racism has been a hot-button issue in this country for a long time, my minimal exposure to it notwithstanding.  With the exception of my unfortunate incident in the military, I didn’t give it much room to breathe in my little corner of the world. I made amends by vowing to never stoop so low again. Yet racism permeates almost every aspect of our society and a real dialogue on this issue seems completely inescapable. Hate crimes based on skin color, religion, and country of origin are on the rise. Most people reject it as much as I, some have embraced it and have run with the ball, yet still, others rely on it to play identity politics and recruit votes. As a society, we have simply not progressed, possibly have even regressed to the days of the Watts riots and the Boston Busing crisis, in this area and I fear for our future. 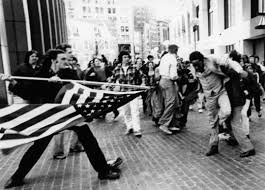 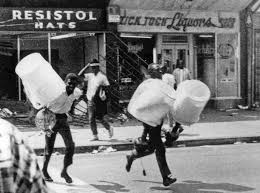 If we don’t soon realize that there is only one race…the human race, we are doomed and are not worthy of calling ourselves an advanced, compassionate nation.

the death of romance

Whatever happened to Romance? Is it dead, or only on life support? I’m an old-fashioned guy. I respect women. I enjoy the ancient dance of flirtation. I like to take it slow. I’ve never been a “wham bam thank you ma’am” guy. I’m not sure I know how to function in today’s highly sexualized “hook-up” […]

“I like your jewelry. You have a very unique style.”She put her hand to her ear as if to say speak up.Fuckin’ masks. I’m trying to make small talk through my mask, a plexiglass screen and her mask. I had to try, though. I was too intrigued not to. Lisa the pharmacy tech had been […]

In 1981 my Great Uncle Cyrus died. He had a big house on Cape Cod, about 300 yards from the water. My family was tasked with cleaning it out.My Great Uncle was a kind and giving man. On my 16th birthday he gave me his late wife’s 1964 Ford Falcon as a present. I was […]