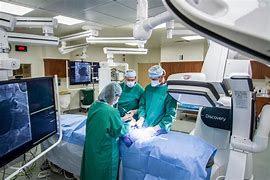 I can’t believe that after all this time I may have to rename my blog. From day one Superman can’t find a phone booth has primarily been about my struggles with Chronic illness and rebuilding my life after losing everything and moving in with my mother. In the process, I told my story, made some wonderful friends, and learned the stories of others. It was very therapeutic. But now I have to shift gears because
I GOT MY KIDNEY!

A week ago Sunday my daughter came to visit. My little baby has grown up and at 19 she has a job and a decent social life. She has also been under the umbrella of a terrible depression lately. I had been looking forward to her visiting me, I was eager to have one of our heart to hearts and hoped to glean some insight as to how to help her, if possible. She arrived early morning (she likes to squeeze as much out of our visits as possible) and I made her breakfast and we chatted over coffee. She seemed to be in a good mood. That made me happy.

The morning passed without event. With the exception of the excitement of having my daughter for the weekend, I felt like I always did. Like total and complete shit. Life had been hard lately, I had to struggle to even attempt to fake the upbeat and optimistic person I always strived to be. Dialysis was kicking my ass and despite only being on it for 3 years I experienced more than my share of complications. I had been sleepless, devoid of energy and uncharacteristically void of hope. I wasn’t thinking of giving up but I was as low as I’ve ever been.

After lunch the clouds cleared. The lake effect is powerful where I am and the clouds are always there in the morning and you never really know if they are going to burn off. My daughter asked to go out in the boat. We packed and went to the Marina. Once the dog and the cooler were in and we were ready to go. I turned the key.
Nothing. Shit, the battery was dead. I had left the boat uncovered and the hold containing the battery had flooded. The automatic pump had killed the battery. My mom went to flag down a mechanic and my daughter and I stayed in the boat. We sat there waiting, made small talk and played with the dog. My phone rang, the caller ID read my Transplant team’s number.
I knew that I had an appointment coming up and I was expecting it to be a robocall confirming. I picked up and heard a human breathing on the other end. So I said “What are you guys doing working on a Sunday?”
“Well”, the woman said, I was hoping to give you a kidney today”
I almost fell off of my seat.
I repeated the sentence verbatim, not sure if I meant to but that’s what I did. I looked at my daughter and her jaw was wide open. I put it on speaker. There was a bunch of qualifying questions she had to ask. Recent hospitalizations, any open sores, dental issues, distance from hospital etc. I answered all of them satisfactorily and she told me that it was between me and one other person but the odds were enough in my favor that I should get in my car and start driving right away. The hospital is 2 hours away. We bolted for the car.

The 2 hour ride, despite my driving like a complete and total asshole, still took two hours. Traffic was not thick but it was slow. But I got there within the time frame that I told them. Nobody in the ER was expecting me. For a really good hospital, the receptionist in the ER was less than professional. You would think that the sentence “I got a call from the transplant department, they have a kidney for me” would be self-explanatory but her face was similar to mine when faced with a math problem. Blank. I lost my temper. I’m not proud of it but I did. People in the ER waiting room got it but the staff didn’t. I made it clear that if I didn’t get the kidney because they didn’t know I was there that I was going to go apeshit. A triage nurse soon came to the rescue. He knew. Whew, that part is over.

I waited over an hour before someone came out and told me that I had beat the kidney there and it wouldn’t be much longer. Soon, a team of smiling people in scrubs came out and announced that the kidney was indeed mine and that I should come on in for surgical prep. Anesthesiologists, nurses and a team of support staff greeted me at the door. They actually clapped as I was rolled down the hallway. They were great.

Finally, I was wheeled into the operating room, still conscious, where I saw my surgeon. Dr. Dailey is a giant man, six foot seven at least. His eyes smiled through his mask as he prepared the kidney. I asked to see it. He held it up, it looked like a big chicken breast complete with the fatty tissue still on it. Very cool indeed. Ten minutes later I was under.

There is so much more to tell about this. It will be at least an entire post to go over it. As a tease, let me just say that the head of my Transplant team, a highly respected Doctor known internationally for his work in Transplant Science who never indulges in anything but concrete facts told me that my odds of finding this kidney was, and I quote, “in the millions.”

Superman has found his phone booth.

It is starting to settle in how different my life is now. In just 13 days my life has gone from “can’t” to “let’s do it”. Restrictions on diet, travel (the extension cord is only so long), and countless other things that I had long dismissed as just not possible are now doable. The big […]

I can’t believe that after all this time I may have to rename my blog. From day one Superman can’t find a phone booth has primarily been about my struggles with Chronic illness and rebuilding my life after losing everything and moving in with my mother. In the process, I told my story, made some […]

“We could do this all day”, I said breathlessly as I kissed her neck.“All day?” she whispered. “One of us has to work.”Just like that, as BB King once lamented, the thrill is gone. Reality comes a knocking. It was a glimpse (my choice of terms), a semi-frequent occasion where we dare to look at […]

one for the ages

This summer truly has been one for ages weather-wise. In NH we have witnessed record heat and unseasonably cold days. We have had record droughts followed by record rain fall. And this all in the month of July. The old adage is true, if you don’t like New England weather stick around a minute, it […]