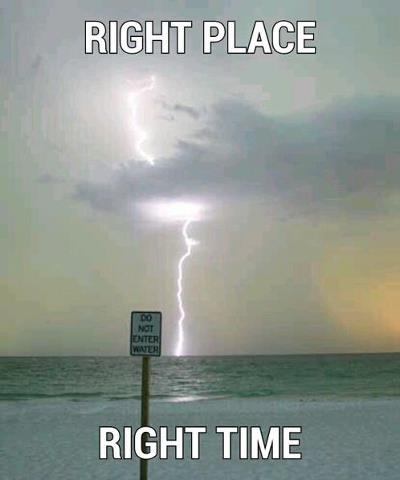 You can find part 1 here.

There was only one person in the waiting room besides myself, a woman sitting patiently in the corner. This particular waiting room is not a very chatty one, it is mostly populated by very sick people. It was not lost on me when I was under their care that I was one of the healthier ones there, I was only getting shots and infusions for anemia and other renal-related issues. Most people in there were getting chemo. I respected them and consequently felt a sense of reverence towards the woman in the corner. I took out my phone and played around for a while.

Lauren brought all of the ladies of the center out one at a time. One by one they asked me how I was doing and what I had been up to. I gave them all the Readers Digest version and I kept it very positive, I hate to burden people with my problems. I touched on dialysis, some of the issues I have dealt with and my possibility of transplant in my most self-deprecating, humorous, and matter of fact manner. One by one they excused themselves and went back to work. Except Lauren. She stayed. She wanted me to tell her the truth. So I did. But I still did so in a positive way. Then she had to go back to work so we said our goodbyes. I jokingly asked her if she was still married. She laughed, wished me well and then gave me my fourth huge hug of the day. I turned to leave and as I did my sole companion in the waiting room said something to me. I don’t remember what but it was enough for me to go over and sit down.

What I remember was that she commented on what she saw and heard. She was taken back by my positivity and remarked that it was just what she needed that day. I decided that it was a good idea to stick around and talk to this very nice woman.

She told me her story and I told her mine. She was there for treatment for Rheumatoid arthritis. I didn’t have to tell her that I knew how bad that can be. I listened intently as she told me about her RA and how it has affected her life. She was very brave and I knew immediately that like most with a chronic illness she was a fighter. But something in the way she was talking told me that she was wearing thin with it and like most of us, she was looking for a good reason to keep fighting. As the conversation continued I realized that I was right. She actually said it, that she needs a reason to go on.

I don’t consider myself the best listener. In theory I am, I want to hear what people have to say but my problem is that I want to interject, offer advice. All because I want to help. But in this case I just listened to her. She clearly needed to talk to someone. I was momentarily taken back by the similarities in our situation. One big one…give me a reason to feel optimistic. My take on this is simple, looking for a reason to go on isn’t merely to counteract those dark moments, which all people with chronic illness experience, it is much more, it is looking for something that is stronger than the nagging urge to give up.

When it was my turn to speak I seized upon one thing that she spoke of that piqued my interest. Purpose.
“Ok. You noticed how the nurses all knew my situation and commented how well I’m doing with everything? That’s not an accident. It’s my purpose, my role in life. To be the one that makes that caregiver a break from the sad and miserable people. To be the one that shows that attitude matters. And do you know what else, it’s all an act sometimes.”
“It is?”
“Sure, often I feel like absolute crap but I tell ’em that I’m doing great because that’s what they want to hear. It helps people. Some know better but they respect what I’m trying to accomplish. It’s my purpose in this world, unfortunately not a paid position, to offset the negativity. It’s a role I fell into but once I did I realized that it was something that inspires others into being more positive.
“It’s hard sometimes” she said.
“Believe me, I know.”
“Well, I find you inspirational” she said.
“Well, I find you inspirational as well.”

At that time the door opened and she was called in for her treatment.
“Well, it was nice talking to you” I said. And it was at that time that I received my fourth big hug of the day.

Here’s the rub. I shouldn’t have even been there that day. I was there the day before to do my lab work and I hadn’t noticed the caveat about 12 hours fasting before doing it so I dropped it off and went home. So is it a coincidence or destiny that I would come back, foul mood and all, to see Nichole who wasn’t there the day before; Lauren that didn’t poke her head in while I was there; and meet my new friend?

Be open to opportunities to talk with someone who may be down.
Be nice.
Find your purpose.
When you find it…go with it.

I have been feeling pretty good lately. Oh shit did I just jinx myself? I’ve been consistently active lately. That’s why I’ve been feeling ok. My definition of good, when I say I’m feeling good, probably differs from yours. There are days that I get out of bed and my legs tell me what kind […]

Depends on how you look at it

I have been in the clutches of a identity crisis since my stay in the Boobie Hatch (it was only 2 nights but it sucked enough for a week) and it has really taken a toll on me. My breakdown was very uncharacteristic, I’m not a person who has ever seriously considered taking my own […]