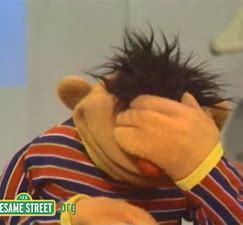 Pet peeves, we all have them. Those things that people do and say that just make our skin crawl. We can’t help those things that go against our grain it’s how we’re wired. I probably have more than most, I’ll admit it. Spelling, grammar and punctuation always get a rise out of me when perusing social media. I hate to make it an indictment of intelligence but some people should really proofread their posts. It is very revealing, even more than the often stupid or controversial political nature of the post itself. I try to keep myself in check and worry about my own presence online. I’m spoiled by WordPress, my fellow bloggers actually know how to spell and structure a sentence.

My biggest pet peeve is one that bothers me more than most. I find myself calling people out when they say it. That saying is “to be honest”. When you answer an inquiry with “to be honest” what you’re really saying is, “I may not always tell the truth but this time I am”. It’s one of the most disingenuous things I’ve ever heard and it is everywhere! I hate it.

The very least that you can do for anyone is to be honest. That’s why they call it a virtue. It might as well be a virgin because nobody uses it anyway. Honesty is synonymous with the truth and we’d all be better if we told the truth. It’s less painful, it doesn’t require a good memory (see compulsive liars), and it takes a lot less time. Have you noticed that in the process of sugarcoating the shit out of something you take a statement that could be short and to the point and drag it out with filler words and lengthy diatribes just to soften what is the truth because we are so afraid to offend?

It’s painful to watch and as society gets more concerned with feelings and the line between right and wrong becomes blurry and grey this will only get worse.

People admire honesty. They admire the courage that it takes to tell the uncomfortable truth. I made a pretty decent living in sales just by being honest. Of course, my honesty has always been served with a side order of bluntness. I sold luxury cars and Honda for a long time. I was always top dog at every dealership I ever worked. And I was never slick and polished with customers. I just talked straight, knew my product and its competition and I told people the truth. More often than not I said things that could have gone either way but most people left me feeling that the car buying process was the best they ever had and it was just because I was honest. A lot of situations that often derail a sale were avoided by doing it my way, the biggest being when someone explained their budget and being able to keep them on a vehicle that they can afford. Many people don’t understand financing and may really believe that they can afford a vehicle when in actuality they are completely shocked at the numbers when presented and they leave. Time is wasted by both parties and a sale is usually lost. Totally avoidable. Especially when people often tell you in the beginning something that you recognize as not manageable. So when a customer asked. “Can I get this car for 200/month with no money down?” and you know that it will actually take $10,000 it is helpful to say no, not wait an hour to tell them that it isn’t possible. I had a customer thank me for saying no.

In short, don’t say “to be honest” because all it really infers is that you lied to them before. Nobody needs that. Just be honest all the time. It’s so much easier for everybody.