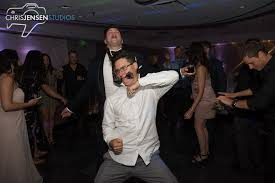 I was a happy kid. All kids are happy I suppose. Until the world sinks its teeth into our asses and fuck us all up. I was a product of the late 60’s and early 70’s when all of society was in turmoil. The highly unpopular Vietnam conflict raged both overseas and at home. The youth of America had stood up and defied convention, rejected the status quo and had asked hard and polarizing questions. We were divided as a nation and it wasn’t only on the Capitol Mall, it had metastasized into every community and neighborhood. Mine was no exception. We had neighborhood boys go off to fight, some at the urge of their fathers and some in defiance of. I watched the news, I didn’t get much of it but I saw more explosions and violence than in any of my Saturday morning cartoons. I can’t say that it affected me either way, but I knew it was there.

Vietnam was a formative event in my life and is essential to my story. In fact, my birth kept my father out of it. Don’t get me wrong, he had his shit packed and was ready to fight but my premature birth kept him home. As the story goes, my pregnant mom was living with her parents while Dad was stationed in Texas. My Grandmother was very careful about the evening news. The non-stop stream of violence was unsavory to her and she tried to protect my Mother from it. Despite my Grandmother’s effort to censure, my mother saw a newscast about our escalation in Vietnam and that our “Advisory” troops would soon double. It was said what bases would be sending troops. Fort Sam Houston was among them… Boom…Labor. I arrived.
My Dad never properly thanked me.
The cultural turmoil that occurred on the Living Room Idiot Box had permeated our lives also. Dad was a good “If you don’t like America then get the fuck out” American. Mom had peace signs on her Bell-Bottoms. Archie Bunker held tremendous sway with my Dad, Mom left the room when he was on, always muttering “idiot” under her breath. “Conversations” about the state of the country happened all around me. With them, when friends were over, even with family. I learned early on that people argue, shit can get loud, and how to block my ears.

When he wasn’t yelling, I worshipped my Dad. The dead mystique is a funny thing. Because he’s gone I tend to forget about the yelling. It wasn’t ok. I hated it. Mom hated it. But we forgave it because underneath it all he was a very good man. I was at his side like a loyal lapdog. He emitted strength and toughness. He was manly and I obviously had a penchant for that. I loved how hard he worked. Before I had ever heard the words “work ethic” I had dubbed him the king of it. It was so much more than how many hours he was out of the house; it was the times that he worked on our house, the times that he helped a neighbor or a friend with yard work or building something for someone. I learned at a young age that a man helps people, often as the right thing to do and not just for money.
Towards the end of his life my father, weakened and nearly destroyed by Parkinson’s, grasped my hand and asked me if it bothered me that he was out of the house so much. I told him the truth, I never had anything but respect for him for it. It saddens me that he had to ask me that. But I’m glad he did. It was just another moment that I found myself looking at him with unmitigated respect and admiration.

Especially when I learned about his childhood.

It is starting to settle in how different my life is now. In just 13 days my life has gone from “can’t” to “let’s do it”. Restrictions on diet, travel (the extension cord is only so long), and countless other things that I had long dismissed as just not possible are now doable. The big […]

I can’t believe that after all this time I may have to rename my blog. From day one Superman can’t find a phone booth has primarily been about my struggles with Chronic illness and rebuilding my life after losing everything and moving in with my mother. In the process, I told my story, made some […]

“We could do this all day”, I said breathlessly as I kissed her neck.“All day?” she whispered. “One of us has to work.”Just like that, as BB King once lamented, the thrill is gone. Reality comes a knocking. It was a glimpse (my choice of terms), a semi-frequent occasion where we dare to look at […]

one for the ages

This summer truly has been one for ages weather-wise. In NH we have witnessed record heat and unseasonably cold days. We have had record droughts followed by record rain fall. And this all in the month of July. The old adage is true, if you don’t like New England weather stick around a minute, it […]