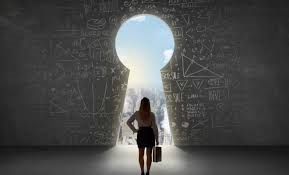 Today was a good day.

One year ago today I showed up at the town Food Pantry to hand out Turkeys and meal baskets to the less fortunate in our community. I was already a steady volunteer each Saturday but the Thanksgiving event was a separate, annual occasion. Our Pantry really steps it up, I think it’s the most generous around, we give absolutely everything one could ever need for a Thanksgiving feast including multiple Turkeys. We offer frozen and fresh, and I was charged with helping hand them out. As the youngest person there, charging me with manual labor made sense. I took my station on the Tailgate of Pete’s F250. Pete was a nice older guy, and as the day progressed I would learn that he had stage 4 Lung Cancer. Yet there he was, in the cold, handing out Turkeys in the cold. That day I went home feeling as if I was destined to have met him. I even wrote a post about it that nobody read. You can read it here if you would like.

Today, a year later, I worked with Pete again. I made a point of telling him how happy I was to see him. He was happy to be seen. He was one year older, much weaker and thinner. But he was there. He needed more help than last year and I was feeling good so I took the load off of him. I was proud to share a soul-warming endeavor with him. Little did I know that  today my heart would be challenged again.

I had gone to pick up a Christmas tree with another guy and when I pulled in to the pantry I parked behind a very decrepit Ford sedan. When I got out of my truck I noticed that the door was half open and the driver seemed to be struggling with it. I approached the driver and asked if she needed help. The gaunt, wrinkled face, adorned with an oxygen tube that greeted me was heartbreaking.
“Is this where the Turkeys are being given?” she asked me. She had labored to get the sentence out. The oxygen didn’t seem to help her, she was almost gasping for breath.
“Yes, in addition to a whole bunch of other goodies.” I replied. “Are you coming in?”
“I am, I’m just having a hard time getting out of my car.” Her labored breathing tugged at my heart.
I opened her door and helped her out. It was snowing and she was parked on an angle and really struggled. When she finally made it to her feet, I sized her up. 80 pounds at the very most, soaking wet. I assisted her up the driveway.

When we got inside, she claimed her allotted food. We offered her 2 turkeys, she insisted on one but we talked her into another. As I picked up her box of food I realized it weighed at least 50 pounds. There was no way that, even if I put it in the car for her (which I did for everyone) she could ever get it out. I portioned the box out into bags. When done, I concluded that she still would not be able to carry them. I knew what I had to do.

I walked with her to her car, 5 bags in one hand and 2 turkeys in the other, and loaded it into the trunk. I opened her door for her and helped her in. She thanked me for my help and said
“I’m June. I hope you have a nice Thanksgiving. You’re very kind.”
“I think I can do more” I replied. “Can I follow you home please, I would like to help you bring all of this heavy stuff in.”
“Oh, I could never. I have a friend that I can call. And my place is very messy.”
“June, may I insist? You also have a low tire. It’s snowing. I’d like to make sure you get home safe.”
She reluctantly agreed.

It was a slow ten miles. She drove very slow because of the weather and her tire. When we arrived at her apartment I knew from the humble exterior that the interior would be worse. I got out of my truck and met her at the trunk of her car. I knew she would try to grab some bags, she was very proud, so I grabbed them before she could. She laughed a little and led the way up her unshoveled walkway.

Entering her apartment I confirmed that it was indeed humble but it had a certain charm. She had plants and grow lights, some interesting décor and decent furniture. The only real clutter was about 75 feet of plastic oxygen tubing all over the floor. It was her lifeline of sorts.

After a slew of “Thank you’s”, we talked for a bit. As sad as her physical appearance was, her story was worse. June lived alone. Her youngest son is serving his 7th (yes you read that right 7th) tour in Afghanistan. Her other two sons are divorced and they moved to Kentucky. One ex-daughter in-law is still in the area with one grandson who is disabled. She has Emphysema from Asbestos exposure. When I asked her about Thanksgiving and who would be joining her she thinks that her ex-daughter in law is coming over. After hearing all of this I asked June if she had a pen.
“Why do you ask?” she replied.
“Because you are going to write down my name and my number and you are going to call me if there is ever anything I can do for you. You call and I will be here. Promise?”

She teared up a bit and she did. She said she will. I went outside and found my portable air pump and extension cord in my tool box. I found an outlet on the outside of her building and pumped her tire. Then I left.

When I got back to the Food Pantry a couple of people praised me for helping her. I personally couldn’t imagine not helping her. One lady, a regular volunteer, cautioned me about how some of our “clients” are “Sponges” and that I should be careful with my efforts. I couldn’t disagree more.

Basic kindness is the definition of a oft-misused expression…”it’s the least I can do.” Helping others, even in a small way really is the least that you can do. And you can do more.

I’m glad I met June today. In fact, just like last year, I think I was supposed to meet her. It all started by putting myself in the right place at the right time, and where I needed to be.