I had my appeal hearing for my Social Security Disability claim yesterday. It’s been 8 months since a bureaucratic hack, in all of the infinite wisdom that can be collected by living in his mother’s basement, decided that I wasn’t disabled. I was deemed “technically able to work in the field previously worked.” This decision was made despite the overwhelming evidence that would prove to the simplest of minds that I could barely walk due to massive edema, and was immunosuppressed to the point that a common cold would result in pneumonia for me. It could, and it did in fact.

For 8 months I have been without income, angry and bitter about the denial and waiting for a chance to try again. I hired an advocate and they lobbied heavily for an early appeal, the original projection for an appeal was 12-18 months. Thankfully it only took 8.

As the date grew closer, my advocate and I scrambled to make sure everything was in order. Medical records were chased, prescription lists were updated and I was taught what to expect. My preparation was flawless, my nerves on end. No longer believing that Disability is a slam dunk, and with my history it certainly should be, I had little confidence that the right thing would occur. Coming within a week of the trial I felt like Red in Shawshank Redemption up against the parole board towards the end. 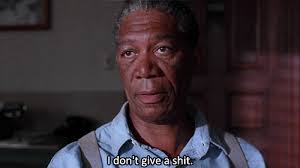 “I know what you think disability means Sonny, you just go ahead and mark your little paper there because me, me I don’t give a shit.”

It’s called rejecting them before they reject you.

Then, after speaking to my attorney, I found that I had a very good case. They are routinely reticent about statements like that for fear of false hope (Me, I’ve had plenty of that) and letdowns. Dialysis, which I am scheduled for but not on due to my recent surgery not being healed yet, is almost a guarantee. I only needed to get past the “Vocational Consultant” that would be on speakerphone during the hearing deciding if I was fit to still work. Probably the same one that kicked me in the pills the last time.

Day of the hearing my attorney and I met one hour before going and game planned. Her strategy, besides familiarizing herself with my medical history (here, memorize these 3 encyclopedia’s before lunch) for a knockdown opening statemen, was to shift gears on the vocational part. She wanted me to tell them what I used to do for work, and to not hold back.

We went in. The judge had a nice face and a pleasant demeanor. She immediately demured that my medical history is powerful and my work history solid (meaning not a slacker by resume). It was encouraging. My lawyer looked happy in her seat. We came to the vocational section and I was asked to describe my job skills and responsibilities. I took a deep breath and painted a picture, a true picture, of a frenetic but wonderful position in which 2 days were never the same. I told of a workweek without prediction, of being called away at the last minute, of long days and early starts. I told of being the go-to guy with any and all problems that no one else in my office could, or wanted to handle. When I was done, the judge, clearly impressed, asked the “vocational expert” if there was such a job out there that matched that, and did she think I was able to perform it.

After careful consideration she admitted that she had nothing. No such job exists.

My attorney believes it went well, that I should definitely be awarded. The only question is how far back they will date the claim. If all goes well, it will be retroactive to November of 2016 when I was initially rejected.

I will know by the end of this month. I am quite (cautiously) optimistic.

If you consider yourself my friend, please cross your fingers for me. I never use the word, but I deserve this.

I sat down yesterday morning to begin a post in continuation of the one I had previously published and I just couldn’t find my groove so I saved it as a draft and turned the computer off. I’m glad I did because today I got a phone call from a dear friend and in the […]

Friends. A dumb show from the 90’s about a bunch of New Yorker’s whose lives I couldn’t give a shit about? No.The often meaningless connections you make on social media so that you can have the opportunity to view every stupid meal they post for your viewing displeasure? No.Those few people in your life that […]

People say things. Stupid things. All the time. If I wasn’t careful my eye rolling would cause a permanent medical condition. Fortunately I’m getting better at tuning them out. With the exception of one phrase…I hate it.“People suck.”No. They. Don’t. Please stop. I’ve posted about this before. But I need to again. 99% of people […]