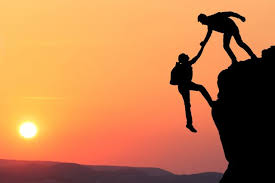 I trust that the people in my life are good
that my intentions are always understood
I trust in my instincts, no matter what
in the unconditional love of a mutt

Trust is not given, it must be earned
when violated one always feel burned
My loyalty to you was the best I could do
So why, after all these years…

can I not trust you?

In 1981 my Great Uncle Cyrus died. He had a big house on Cape Cod, about 300 yards from the water. My family was tasked with cleaning it out.My Great Uncle was a kind and giving man. On my 16th birthday he gave me his late wife’s 1964 Ford Falcon as a present. I was […]

I sat down yesterday morning to begin a post in continuation of the one I had previously published and I just couldn’t find my groove so I saved it as a draft and turned the computer off. I’m glad I did because today I got a phone call from a dear friend and in the […]

Friends. A dumb show from the 90’s about a bunch of New Yorker’s whose lives I couldn’t give a shit about? No.The often meaningless connections you make on social media so that you can have the opportunity to view every stupid meal they post for your viewing displeasure? No.Those few people in your life that […]