Yesterday I tackled a very hot issue and revealed an embarrassing moment of my life that I deeply regret. You can catch up here.

I am deeply troubled by the state of our nation. We are deeply divided… Especially with regards to race relations. As the issue of racism continues to ravage our “civilized” society I have tried to take a broad view and expand my thinking on the subject. Infusing my vast Sociological experience as a Superhero and crime fighter I broke it down into smaller, more manageable pieces to dissect.

To truly define and get to the root of the causes of racism let’s  start with the root of the word. What exactly does the term “race” even mean?  We all think we do, but do we?

Dictionary.com defines race as:
A group of people of common ancestry, distinguished from others by physical characteristics, such as hair type, the color of eyes and skin, stature, etc.

In this day and age, not only does this definition seem less polarizing as our society continues to blend black, white and Asian genetics (the three originally stated races) but it doesn’t encompass the ongoing religious and socio-economic divisions that also dominate our “racist” society. This caused me to look more generally at the issue and what I came up with is that our penchant for oppressing others is less about Genealogy and more about Insecurity (which drives the need for Superiority), Misinformation, Ignorance, and Laziness. All of which are uniquely human attributes that are amazingly easy to control if your mind is in the right place.

Insecurity
Insecurity is a word that has many connotations. For the sake of this conversation, I am theorizing that as human beings we are generally fragile creatures who in the mildest cases seek validation and at the extreme seek to be superior over others. In order to achieve this, it is necessary to deem others inferior to you. This is where the word race becomes ambiguous. Beyond hair color, eye color, and skin color we also discriminate on the basis of religion, politics and economic status. Here, it is fitting to introduce the words Prejudice and Bias into the lexicon.

As a society, we have formed biases based on stereotypes and outdated constructs that cause us to lump entire groups of people into one neat little box and look down upon them. We do this to feel superior because that is part of our nature.  Why? Often to feel better about ourselves. It even exists in prison where one inmate can take comfort in the fact that he’s only a robber, but that guy over there…he’s a killer. I’m better than him. Social strata are everywhere. The difference between people and flowers is simple. Two flowers next to each other do not pay attention to the other and do not seek to cut each other down, they simply reach for the sun and try to bloom.

Misinformation
Racism in America is a prevalent topic and rears its ugly head in News stories every day. Some of the stories, mugshots, videos and images we see boil our blood. We all react. Be careful, I implore you, to think and do some homework before you form an opinion (or a bias or a prejudice) based on what you are being fed. There is a force larger than us, a system that enjoys bombarding us with false information; fails to provide the complete story; blatantly mislabels and edits out that which doesn’t support its narrative and simply loves to stir the shit pot. Hate sells, Peace does not. There is bad and good in the world and we are being shown most of the bad. Civil unrest sells papers and drives political agendas. It’s up to us to seek our own “fair and balanced” news. We need to wake up and realize that despite the forces that make us dance on strings like puppets, we all own a pair of scissors and we can cut them.

Ignorance
Ignorant is a word that is historically misused. Ignorant is not a hateful term,it simply means that one is uneducated or uninformed. Incredibly, in a day of unparalleled access to information many choose to be ignorant. When false, biased and incomplete information is fed to a ignorant person they will choose to believe it, adopt it as their own and in some cases spread it themselves. I recently watched a documentary on the KKK. One man that was interviewed started off on script, spouting his rehearsed, hateful, canned lines that help him sleep at night. But when pressed about the Holocaust he actually said that it wasn’t a bad thing, that they weren’t concentration camps…it was a SUMMER CAMP for Jews! His brief was that daily activities included Arts and Crafts and swimming. Ignorance on that level, from a man that has an audience, is nothing less than appalling and dangerous.

Laziness
This is an easy one. In order to stop marginalizing, judging and hating we as a society would be required to put a little elbow grease into it. We’re not that country anymore. We’re lazy.

If we were mere skeletons we would look the same as everyone else. What separates us are our differences. No one is right and no one is wrong. We are just different. Yet our biases prevent us from reaching out and bridging gaps and finding out what we have in common, not what makes us different. Don’t we all, with the exception of a tiny percentage all want the same things out of life? Babies of all colors and religions could play together until they are taught why they shouldn’t. Prejudices are learned behavior. And these prejudices have become a giant wedge between us. 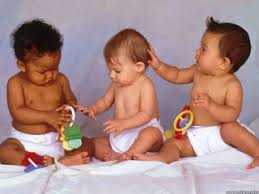 Why, knowing that intelligence and talent are equally dispersed but opportunity is not, do we assume that a person born from differnet beginnings could never achieve greatness? A man’s beginnings is certainly not a predictor of where he will end. Yet we make assumptions at the least, and hurl hate in the most extreme cases if someone does not pray, speak, look or act as we do. Wouldn’t it be so much better to see a man with different hair, skin or clothes and not think “I don’t like you, you’re the problem with this country” but instead think “I wonder what that person is about, I’d like to learn his story”.

My approach to people has always been, with the exception of that one unfortunate incident, is to like or not like based on whether you are an Asshole or not. The last time I checked Asshole is not a race. People are people and all deserve our respect if not our love. I will eat at any man’s table regardless of his income, ethnicity or religion if he is a decent and respectable person. If, as a society we continue to decline in our ability to communicate, reason, tolerate and love our brothers we will surely fail. Political systems and ideologies will run their course, some will succeed and some will fail. But behind it all are people, people that were born color-blind and learned to hate, ignoring the countless societal institutions that we have to obtain knowledge; the enemy of ignorance, to learn tolerance; the enemy of prejudice, to learn compassion; the enemy of hate.

Without this, we simply have no future.

“Be kind, for every man you meet is fighting a hard battle.”

29 thoughts on “Superman talks about race…conclusion”