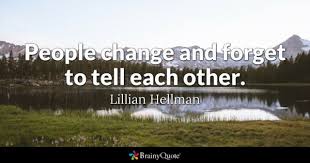 I had dinner with my wonderful oldest daughter last night. She seemed very preoccupied so I prodded her a bit to see what was wrong. She was very upset over a dinner she had recently had with her bestie from HS, Nicole. Nicole and my daughter have been best friends since they were 8 years old. I consider Nicole family. Her sweet, kind and generous personality masked the pain she has always endured from chronic illness. She has always had some kind of medical issue as long as I’ve known her and my daughter has been by her side the entire time. I admire her strength.

My daughter didn’t have a lot of friends growing up. She had a strong personality, refused to compromise her beliefs and behaviors and was, let’s call it what it is, a little bitchy. She had buddies, but Nicole was her only true friend.

When they went to dinner it had been a while since they had seen other. Nicole was finishing college and my daughter was working full time. She was pleased to see that Nicole had lost almost 60 pounds, was looking very pretty and feeling good for a change. She also observed, after what she described as a painfully long and unpleasant dinner, that Nicole was a different person. Self-absorbed, only talking about herself, monopolizing the conversation and saying uncharacteristic things. My daughter felt like she had lost her friend. Tragically, she asked me after telling me all of this “what did I do wrong?” I asked her why she would think that she did anything wrong? What if it is just a phase? Her next statement broke my heart:

“She’s the only friend I have!”

The only answer I had to offer from the bottom of my broken heart is that people change. Wait, where the hell did that come from? I never believed that!

In 1985, 2 years out of high school, I walked out of the theatre after seeing John Hughes’ classic The Breakfast Club and I called Bullshit. Sure, I liked the movie. I liked the cast, the score, there were some memorable lines i.e., “Does Barry Manilow know you raided his wardrobe?” and I appreciated the overall concept. I just didn’t believe for one second that those kids would be friends the following Monday. Sure, they shared a moment, but the Gollum we call the High School Clique would surely see that they were forced right back into their neat little boxes with their labels of Nerd, Freak, Jock, and Princess. I firmly believed that people don’t change.

I was severely traumatized by High School. I was bullied badly in the 9th grade and I crawled into the cocoon of obscurity for most of my remaining school years. I was a straight-A student until the middle of my Freshman year, I was pulling straight C’s at the end of the year. I became afraid to walk the halls for fear of getting slammed into a locker, I refrained from raising my hand in class for fear of being called Stupid and I somehow got it in my head that being invisible was the best way to go. I hung out in the Art Room whenever possible, Drawing and painting were my escapes from my own head. I would duplicate album cover art from the 70’s, I still have my drawing of Meatloaf’s Bat out of Hell album in a closet somewhere. Because being an artist wasn’t unpopular enough, I was also in the band. I had a few friends in the band, but I was consumed by the stigma associated with that also.

I graduated with little pomp or circumstance, firmly entrenched in the middle of my class. Very few people signed my yearbook and when I graduated I went to college as an Art major. I lasted about a semester and a half and I dropped out. I was way too busy at my mediocre, nowhere job at a supermarket where someone scrawled my name next to “Is a fucked up shithead” on the men’s room stall, and honing my skills at alcoholism and denial.

Flash forward to my 15 year HS reunion. I had skipped 5 and 10. My wife and I went and it was as miserable as I thought it would be. The same people who didn’t talk to me in HS didn’t talk to me then either. When my wife got a call that her father was rushed to the hospital, it was almost a relief as we made our escape. When my 20th came around, I declined the invitation. The head of my class, also the organizer of the event, called me and asked why I didn’t want to go. I told her, in not so many words, that I just didn’t need a reminder of how obscure I was in HS. We ended up having a nice talk, she told me how things, and most importantly people, change and that she would really like me to go. I again declined and she said, “how about a quote for the board then?” Without thinking, I replied:

“It took me 20 years to find myself, I then realized that I was me all along.”

She was floored, she loved it. As it turns out it was a huge hit at the reunion. Or so I’m told, I didn’t go. But that quote changed something inside of me. First of all, I don’t know where it came from (like a lot of things I say) but it opened a door. I started to take a hard look at some of the more traumatic and regrettable memories in school and asked myself if maybe some of it was my fault, or could I have at least done something different to change the outcome? Was it even as bad as I thought it was?

It was at that point that I began to embrace my quirks and peccadilloes instead of running from them. I came to the very painful conclusion that a lot of it was on me. I was just a confused teenager, who probably would’ve benefitted from having an older brother, who spent too much time in his own head. Once I embraced that, I needed to learn to forgive myself and finally give myself a fucking break.

When my 30th reunion rolled around, I RSVP’d yes. I was going with an open mind. I was in a good place, I had just recovered from my Transplant, my career was going well and I felt comfortable that I could go, face my demons and not have to lie about who and what I am. As it turned out, it wasn’t a bad experience. I saw a lot of people that I had forgotten about, some of whom were happy to see me. Some of the people I disliked immensely were now friendly and inviting. Sure, some of the people that ignored me 30 years prior continued the trend, but I didn’t need their validation anymore. I had found out who I am, I was me all along!

But I do know that I have changed, so it’s entirely possible that others can as well. As for Nicole, I assured my daughter that it is only a phase, and they would become close friends again. Her situation, unlike mine, was not her fault.

I still call Bullshit on the Breakfast Club, however. All 960 times that I have watched it.

I was once at a black tie event. As I stood nursing a Scotch a coworker gave me a gentle nudge and she pointed to a man that I did not know. “See?”, she said. “Look at how he looks at her? It’s like she’s the only one in the room.”Once she pointed it out […]

We’ve all heard it. “The heart wants what the heart wants”. Never has a truer and more powerful statement been made. If you read me you know that I met a girl. It might not sound like a big deal to the average person but I don’t meet a lot of women. Mostly due to […]

When I first got married my wife and I had a few hobbies. With no kids and a few pets we spent a good deal of time (and money) on tropical fish. It was a fun hobby, we had 3 tanks. A 20 gallon in the bedroom, a 44 pentangular in the dining room and […]

I walked in the door after finishing a job today and as soon as I saw Mum’s face, I knew something had happened. She was shaking as she held the phone in her hand.“What happened?”, I asked her. As she explained, my blood began to boil.She got a call. The caller identified himself as her […]

“Got any spoons in the drawer today?”“1 or 2”, Adam sipped his Chinese Tea, his chubby face forcing a smile. “I need to be careful that I don’t use them all today.”“Gotcha.” It was a familiar conversation between him and me. Once a month we’d get together at the Asian buffet and catch up over […]