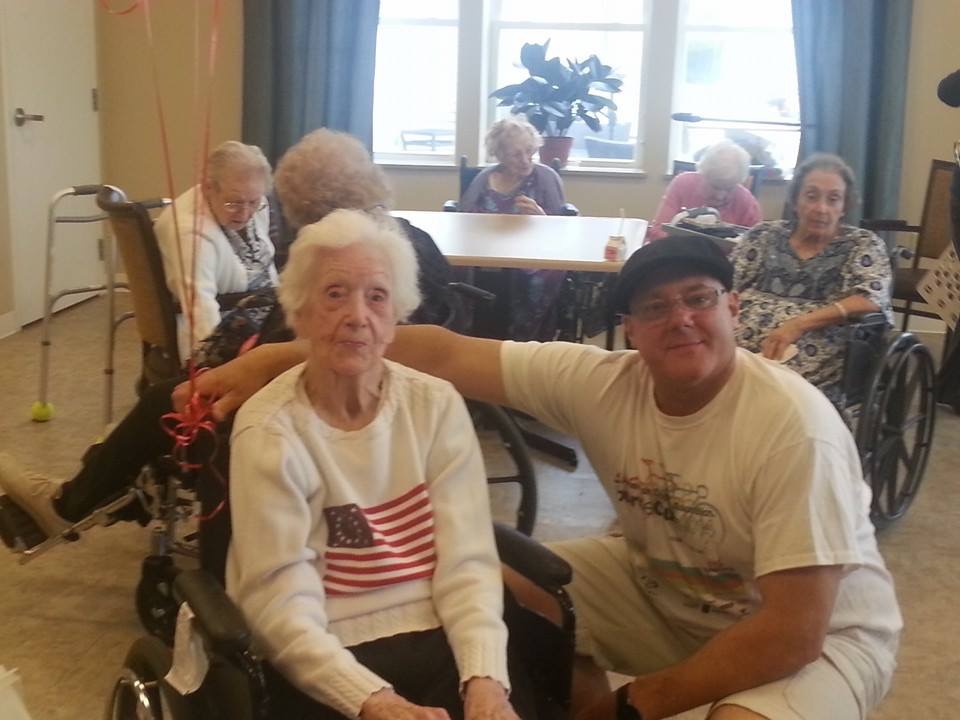 to catch up on previous entries on this series you can check here, here, and here.

Marion embraced the role of Grandmother with enthusiasm and grace. During the two years that my father served out the remainder of his obligation to the Army National Guard, he was away almost as often as he was at home. I was an easy baby, or so I’m told, but maintaining the small apartment my parents had rented in a sleepy town North of Boston, working part-time and taking care of me was taxing on my mother. Marion gladly took me whenever she could. While I don’t remember the earliest years, as to be expected, it is well known that I spent a lot of time at my Grandmother’s house.

In 1968 my parents bought a house one town over from my Grandparents. Marion never cared for apartments and rarely visited us when we were in the cramped upstairs apartment with poor lighting, worse ventilation, and too much street noise. Once we graduated to Suburbia, Marion spent much time at our house. I have wonderful memories of this time period. As early as I can remember, Mom and Marion had tea in the kitchen and talked for hours as I raced around the house playing Speed Racer or the Red Baron or whatever was popular at the time. Unlike kids today, I easily amused myself and Mom and Marion enjoyed my independence. When my grandfather and father weren’t working, a truly rare occurrence indeed, they got together and got along famously. Looking back, I had wonderful role models when I was a child.

Hard work pays off and eventually, my parents got themselves financially above water enough to actually have a social life. They went dancing or out with friends and went out almost every Friday night. I never thought twice about it, what it meant to me was Friday night at the Grandparent’s house. It was always the go-to option, they were happy to have me and they never went out. By this point, their house was as familiar and welcoming to me as my own.

Friday night would consist of mom and dad pulling into the driveway, letting me out, making sure I got in safely through the front door (Grandma was always there waiting for me) and they would pull out. I would endure the hugs and sloppy kisses and immediately look for my Grandfather. This is where the games would begin.

He would then pretend to suddenly recognize me and give me a giant hug. Begrudgingly, he would change the channel to something I would watch and we spent the night watching TV, eating popcorn and indulging in the occasional Root Beer Float with real A & W Rootbeer. I would always go to bed early. After all, I had to be rested up for the festivities the following morning. If all went as planned, and it always did, Grandpa would put on a show for me. One that went back to my mother’s childhood. The show didn’t have a name but if it did it would be called Let’s piss Marion off and have a good laugh in the process. I loved the game, but as you can probably surmise, Marion did not.