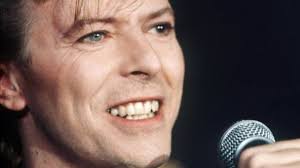 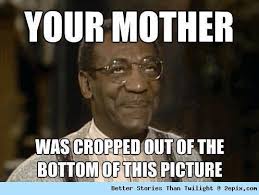 I always thought that losing an icon was a terrible thing. I sadly remember that stretch in 2016 when several musicians and actors that dominated the formative years of my life started dropping like flies. FB was flooded with people my age imploring God and the Universe to stop taking our idols. Prince, David Bowie, William “Father Mulcahy” Christopher, Gene Wilder, John Glenn, Arnold Palmer, Dan “Grizzly Adams” Haggerty, Muhammad Ali, the list is so terribly long and sad. But they all left a happy memory with me if not a reminder that life is fleeting and I am getting older. I always could reflect on their impact on my life and smile. It’s not the worst thing in life.

The worst thing is actually finding out that someone you looked up to is not the person you thought they were.

I had the pleasure of being great friends with a guy who was the son of a professional basketball player. A Boston Celtic, the replacement for the great Bill Russell, Mr. Hank aka “High Henry” Finkel. My friend had grown up in an affluent neighborhood North of Boston populated by many famous Bruins, Red Sox, Patriots, and Celtics players and he knew all of them and their kids.

When I first met him, I was enamored by his childhood friends and I prodded him constantly for info on them. I am not a celebrity chaser at all, I just wanted to know more about some players that I grew up idolizing. In particular was a certain baseball player, an absolute legend from the 70’s and 80’s that my Dad and I practically bonded over when I was a kid. My friend told me, actually warned me first, that I wouldn’t like what he had to tell me. I insisted. He told me a harrowing tale of a guy who smiled for the cameras and the fans but mercilessly beat his wife and children on occasion…losing streaks in particular. I was crushed when I heard this, as an adult mind you, that an icon of my youth was a great ball player, but a very bad man. Not one for hindsight, I’m pretty sure that I wish I had never learned this.

We live in the information age, as the saying goes. I contend that in some cases there is such a thing as too much information. I stop short of wishing for ignorance but I can think of so many instances where “new information” or “old family secrets” have destroyed a person that at one time gave me a warm and fuzzy. From the late Uncle that you just learned cheated on your beloved Aunt, to the knowledge that a young President that used to reign over the empire of “Camelot” was actually a pill-popping whore-monger, the list is almost endless and equally sad.

The job of role-model is a barnacle on the hull of celebrity. To be fair, other than elected officials, it is unrealistic to expect actors, athletes, musicians, etc., to be anything more than human. They’re really just people like you and I. I fondly remember the scene in a Bronx Tale, where Sonny challenges young “C” on his idolization of Mickey Mantle. “Does he pay your rent? No, he’s just a regular guy. What’s he do for you?” The boy was disillusioned, but it was the day he realized an important truth. That Mickey Mantle was just a ballplayer.

But OJ Simpson was just a football player…and he almost divided the country in half. And cost me a friendship.

I used to go to the same Barber Shop every Tuesday in the 90’s. I had hair back then. I was good friends with the Barber. Every haircut consisted of small talk and I would always find myself drawn to his wedding picture on the mantle before me. The tall, thin white guy with the pretty African American Wife. I never thought twice about him being married to a black woman. Then the OJ trial happened, and you can only imagine that Barber Shops across the country buzzed about it for months. One day, as the trial was close to an end, my Barber and I became engaged in the conversation as well. I offered up, in my own informed opinion, that I thought OJ was guilty. The room got colder than my ex-wife’s side of the bed. My haircut was over and I was asked to leave. I resisted, asking my friend why he was acting this way, and he said “You know my situation! How can I interact with you now?” I was stunned. I asked him:

“By situation…do you mean that because your wife is black then you have to support OJ? That’s preposterous!”

“Well, you believe he’s guilty because he’s black, don’t you?” How do you argue with that kind of logic? I paid for my haircut and I haven’t seen him since. I guess I’m a racist. My real takeaway is that many in the black community couldn’t accept that such a positive role model as OJ could be guilty of such a crime and their disappointment had morphed into anger and denial.

I was disgusted when I heard that Bing Crosby beat his kids.
I was bothered when Eddie Murphy got busted with a tranny prostitute.
I was let down when I found out that our founding fathers owned slaves.
I was pissed when I learned Obama went to a church led by an America-hating minister.
I was disappointed when Mark Maguire and Barry Bonds did Steroids.
I was horrified when Michael Richards went on a racial tirade onstage.
I was shocked when Mel Gibson went off on an anti-Semitic public rant.
I was embarrassed when our president was caught on tape talking like a frat-boy about molesting women.
But at the end of the day, It’s just the new norm. People are not what they seem and they probably never were. The latest and perhaps most disappointing entry of late is Mr. Bill Cosby.

Bill Cosby is a unique story. He was a role model to millions of people regardless of skin pigmentation. He didn’t fall into being a role model, he set the framework. He kept it clean, he worked with children, created positive Television programming, spun wonderful yarns of his beloved wife Camile and his flawed but great kids. He did cable comedy and only swore once. He even defied stereotypes and created a hit TV show about a powerful, affluent power couple with a bunch of kids. His superpower was solving any major issue in 22 minutes once a week. A true icon, I admit I looked up to him.

Today, I just looked at him as he did the “perp-walk” from court after being convicted on all charges of sexual assault on a multitude of female victims. Yup, good ole Dr. Huxtable was dropping Mickey’s in their drinks and then slipping them his famous “Pudding Pop”. Another disgraced icon to contend with. A younger me may be disappointed or disillusioned, but this me is not. He’s just a man. A flawed man. A ruined man. My only disappointment is that I allowed myself to look up to him.

Nothing surprises me anymore. In this age of endless information and instant gratification, I can’t even control what I know about people. My real role models have always been the non-famous among us; the great teachers, hard-working parents, and broke philanthropists who volunteer their time and energy to bettering the world. Celebrity is a height that can only lead to a long fall and a painful landing. My advice, keep your feet planted firmly on the ground secure in the knowledge that if it looks too good to be true, it probably is.