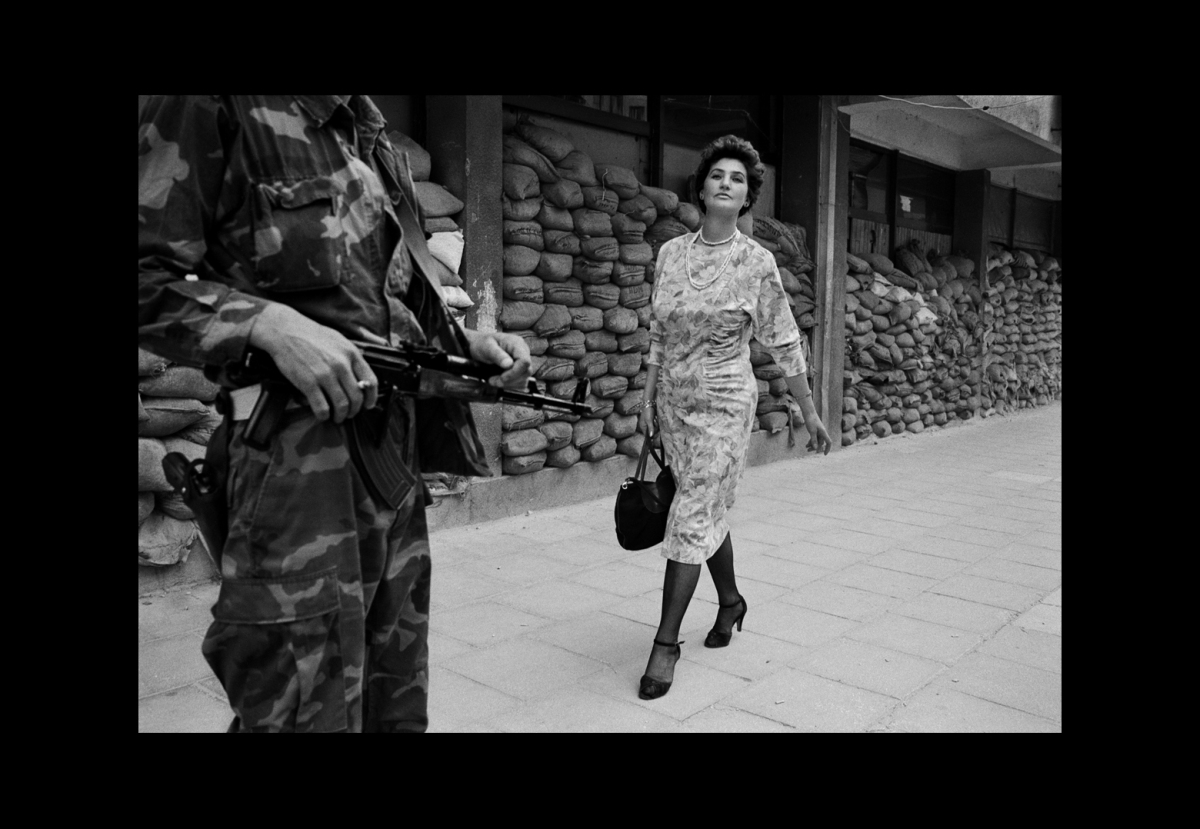 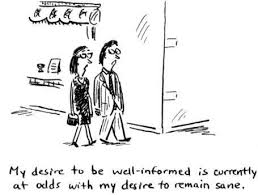 Politics is the study of how governments and countries interact and function. But the word itself, perhaps lazily, has evolved into the study and discussion of current events as they pertain to society in general. I pride myself on my knowledge of Politics. I enjoy being a news junkie and a history buff. I like being up on current events, ready to whip out of my holster some nugget at a cocktail party. Given the choice between being informed or not, I like to know what’s going on despite the terrible toll it sometimes takes. But at the end of the day, I don’t know shit.

As an American, I enjoy a sense of security that a citizen of only a few countries ever have. We have never had our shores breached by an enemy, we have a strong military and a representative government in place to see that we (hopefully) never fall victim to civil war again. With the exception of the Great Depression, we have never known widespread hunger and poverty. Our standard of living, even at “poverty” levels consists of not just food, shelter and clothing but multiple televisions, a car, a cellphone, and internet connectivity. While we could do better, we could be worse off. Even in our darkest days, we seem to look to the future with optimism. The American Dream. And when we look at other countries, it is my opinion that we see things the same way.

Yet, there are people who have seen real civil war, experienced abject poverty, experienced true desperation and watched their once beloved country crumble before them. Only our immigrants from war-torn countries could relate to such an experience, I certainly can’t. Yet today I read a post by one of my favorite bloggers, Bojana of Bojana’s Coffee and Confessions to go that details the day to day struggles of the Bosnian Conflict. It is the third installment of a series and I have been anxiously awaiting its posting. https://wordpress.com/read/blogs/133032654/posts/506  It is a must read for all.

In 1984, I was a year out of High School. I was pretty big into politics even then and I was intrigued by the Winter Olympic games being held in Sarajevo. A communist European country with a pro-western leader, tarnished by the persistent memory of an assassination that led to a world war had earned the opportunity to put on a great show for the world. 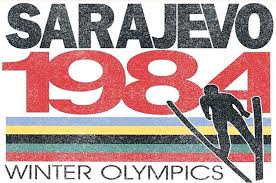 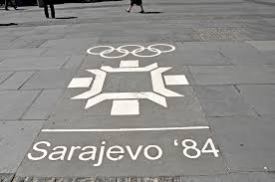 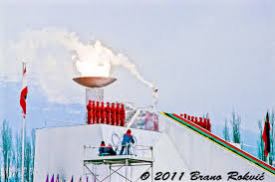 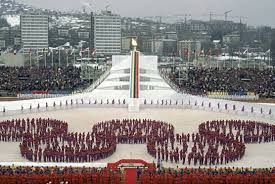 Less than 10 years later that beautiful country was ravaged by a civil war. The sight of the games now looks like this: 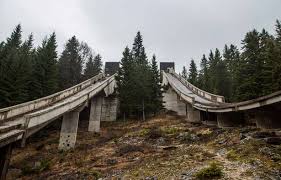 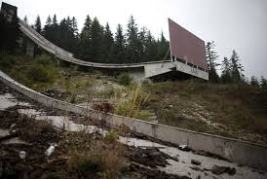 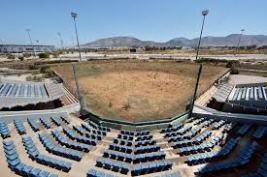 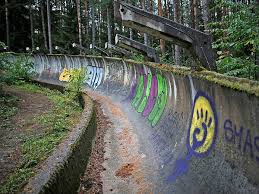 The world, for the most part, sat and watched it happen.

I remember sitting in my living room, like many, thinking to myself “ugh…ethnic cleansing, mass graves, concentration camps, old hatreds…it’s a civil war let them work it out”. And that’s just what most of the world did. The US, in particular, was still licking its wounds over the last civil conflict that we had no “National Interest” in but, in the name of humanity, got involved in. Americans  still had this image from Mogadishu etched in our brains. 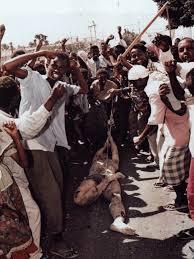 We stayed out of it. But people were suffering. We did get involved eventually as a UN mission. We ineffectively bombed where we could. It was a band-aid at best and we acted like we helped. But millions were robbed of their lives, many of them young people who lost their youth and possibly their belief in a just world. Besides mountains of bodies, lost youth is the second biggest casualty of war.

In America, we loosely throw names at our leaders such as Nazi, or Fascist, or Dictator but we have never experienced such a thing. We have never had in power a despot, a dictator, a Shah or Cleric, a General or Generalissimo, or a Fascist. 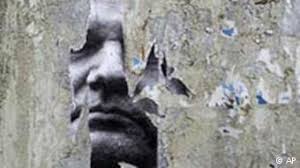 We had a King once and kicked his ass to the curb. We cannot pretend to know what it is like to be killed or imprisoned for our beliefs, religion or ethnicity. We have never walked down streets with bullets ringing by as we step over bodies. And we have never been without the support of one, centralized government that is always supporting us.

Yet with foreign policy, we act out against leaders at the expense of the people. Extreme sanctions, bombing campaigns and other harsh means of punishing the bad leaders of bad countries don’t hurt the leaders, only the people they lead. In many of those cases, the people don’t even support the beliefs of their leaders. They just want what we want. To eat a warm meal, sleep in a warm bed, to walk the streets without fear, and a future for their children.

Behind the great big wall that we call politics, there are just people. Strong, brave, resilient people who refuse to give up their lives despite what is going on around them. As evidenced by this iconic photograph of a Bosnian woman walking down the street. According to the photographer, bullets were flying close nearby, yet she walked upright and proud. Going about her day. 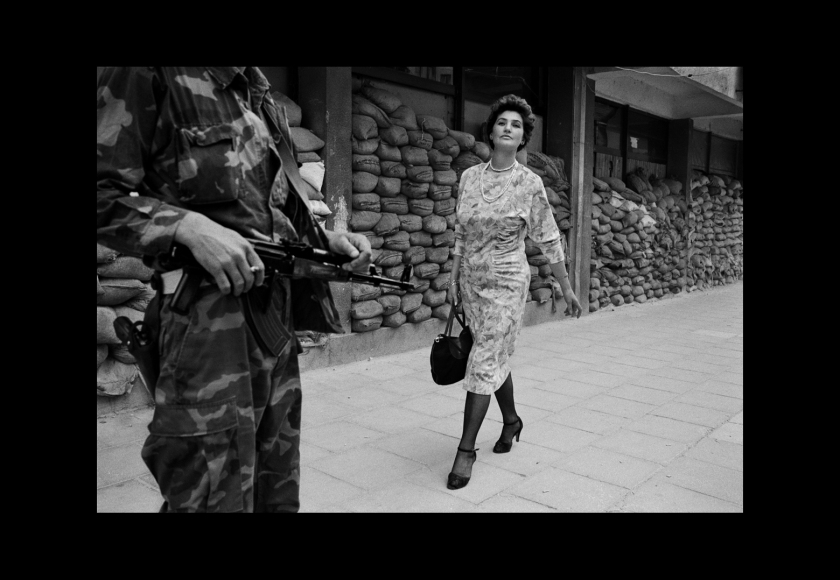 Not in my town

This is part of an ongoing series called Graveyard Shift. It can be read alone or you can roll back in my archives and start from the beginning. August 29, 2005 2:00 AM Officer McInerney impatiently directed traffic as he watched the Accident Reconstruction team doing their meticulous work. They will take a week or […]

This is part of an ongoing series called Graveyard Shift. It can be read alone or you can roll back in my archives and start from the beginning. Jimmy McInerney stood on the curb outside of O’malley’s impatiently waiting for his ride. He had interviewed all 3 bouncers, 2 patrons and Mike was still not […]

This is part of an ongoing series called Graveyard Shift. It can be read alone or you can roll back in my archives and start from the beginning. August,28, 2005A young and idealistic “Officer Jimmy”, as he was then known had been stationed at his favorite speed trap, the intersection of 2nd and main. It […]

Not as it seems

This is part of an ongoing series called Graveyard Shift. It can be read alone or you can roll back in my archives and start from the beginning. Please don’t puke. Please don’t puke Sergeant Valentine pleaded to an unspecified deity.“You ok back there, girl?”, he asked his passenger.The young lady lazily lifted her head […]

This is part of an ongoing series called Graveyard Shift. It can be read alone or you can roll back in my archives and start from the beginning. “I swear, she came in like that.” The heavy set bartender said. “I never served her a drink. She never ordered one.”“I’m not sure I believe you,” […]