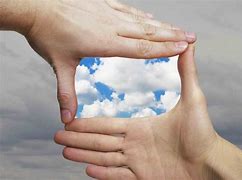 He was awoken by the rain slapping the window. Reaching up to draw the shade, he felt her stir. He placed his hand on her naked shoulder and massaged it in hopes of her falling back to sleep.
“mmmm…what time is it?”, she sleepily asked.
“too early”, he said. “go back to sleep”. All he heard was an unintelligible grunt as she pulled the covers over her, taking half of his in the process.
“Gimme”, he said with a laugh as he snatched the covers, reclaiming what was rightfully his.
Before he knew it she was on top of him. “Fine”, she giggled. “I’ll share your side”. She reached between his legs and found him aroused.
“Well Merry Christmas to me!”, she joked as she kissed him hungrily.

“Well, that was a good start to the day”, he said.
“Yup”, she said. “We should do that again.”
He looked over at the dog, his head resting on the edge of the bed. “Better let him get his piss break first. Mine too, now that I think of it…,” he sprang out of bed and headed to the bathroom. She threw on a robe and let the dog out. He could hear him bark from the bathroom. “It’s a good thing we don’t have any neighbors…”

He walked into the kitchen. She was at the sink, her shoulder length blonde hair disheveled. She was dancing to a song only she could hear, in a half-open robe that she cared not if the world could see. He could smell the coffee brewing…a dog barked outside…

He sat up and looked at his phone. 7:15. He rubbed the sleep out of his eyes. His body ached. As he sat at the edge of the bed he pondered the dream he had been woken from. Could today possibly be any different than that?
The unpleasant knowledge that he was in the now, and had just experienced a glimpse washed over him. He had had a lot of “glimpses” lately and he hated them. Glimpses of the life he longed for vs the blah reality of the one he was living. He got out of bed and made his way downstairs to pour a cup of the waiting coffee.

Usually the glimpses came in dream form and were washed away with the morning coffee, often to be forgotten. But this one wasn’t going to go away as easy. He pondered it as the talking heads on the TV provided the forgettable background music as a backdrop.
That one could happen…
Yes, that is what was different. This time, it could happen. The glimpse could become reality! He has the girl…
Not yet.

He sat and drank his coffee, the warmth of the mug took the edge off of the dampness of the room. He pondered his situation. Nothing had changed since yesterday. She is there with a man she doesn’t love. He was alone on his sofa. There’s nothing either of them can do about it. This is the way it will have to be for a while.

For now, it was just a glimpse.

4 thoughts on “A glimpse”